10 must-visit art museums in the world

For art lovers, there is no better place than an art gallery or museums to quench their thirst to see the best and the latest in the world of arts. While there are several famous art galleries and museums across the world, Artsome brings out a list of the top ten art museums in the world, which are a must-see for every art lover.

Once a fortified palace that was the home to kings of France, the Louvre is now one of the most famous museums in the world. It is well renowned for some of the finest pieces of art in the world, including the Venus de Milo and the Leonardo da Vinci’s Mona Lisa. It is one of those museums which offer the connoisseur as well as the idle passerby a space to wonder at the marvels of creativity, and what forms it can take.

The Vatican Museums are the museums located in the Vatican City and are located within the city’s boundaries. Estimated to have more than four million visitors annually, the Vatican museums feature the art of Leonardo Da Vinci, Raphael, and of course, Michelangelo’s ceiling in the Sistine Chapel.

The Metropolitan Museum of Art, on New York City’s Museum Mile, is one of the largest and the best museums in the world with over two million pieces of artwork. Don’t believe us? It’s true!

A multitude of joys for any enthusiast. There’s plenty to enjoy, from classical statues such as the Laocoon to Pinturicchio’s delightful Borgia Room frescoes, all contained in a magnificent Beaux-Art facade building. Just don’t be a typical American when it comes to art! You need a slightly more cerebral mindset to enjoy this place, with all due respect to Americans. But this can be with the help of a Coke, like O’Hara’s famous poem, and a loved one by your side.

What does one say about the British Museum in London? It is the repository of the world’s oldest heritage and cultures. There is no other collection like it. Ancient cultures from Latin America to Persia to Greece are brought to life in this eclectic space and some of the world’s most important archaeological finds in the world attract visitors from far and wide. This is what makes this one of the best museums in the world. And not only that, it is one of the most precious living museums, which has an incredible array of programmes to choose from, to revive and stoke one’s love of learning. 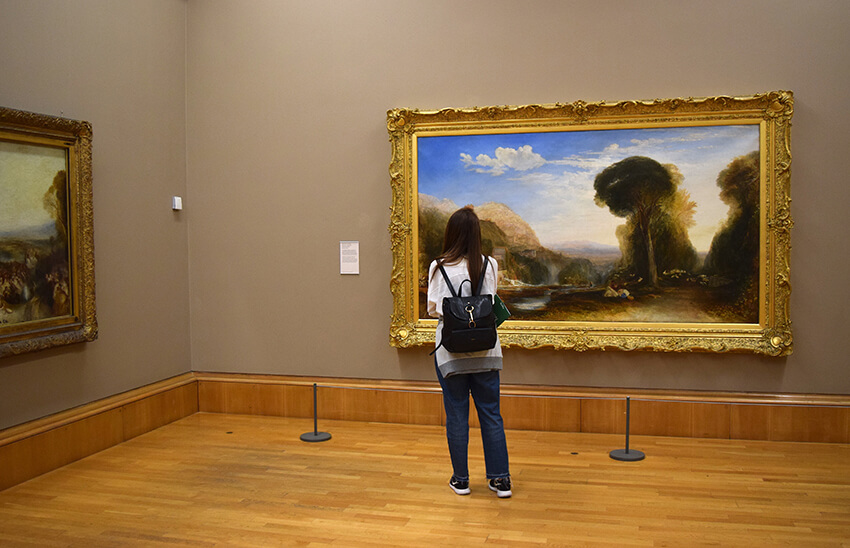 Tate holds the national collection of British art from 1500 to the present day, international modern and contemporary art, and projects range from major gallery developments to innovative research and conservation work. The electric art at the Tate Modern encompasses works like “Forgotten Horizon,” one of Dali’s many masterpieces and part of one of the largest collections of Surrealism in the World.

Don’t choose between this and the British Museum. Both are must-see.

One of the most impressive collections in the world, not surprisingly, the Prado Museum is most famous for its assortment of works from Spanish artists such as Goya, Velasquez, Murillo, and El Greco. It houses the world’s richest and most comprehensive collection of Spanish painting, as well as masterpieces of other schools of European painting, especially Italian and Flemish art. As they say, in Spain, do as the Spanish do 😉

Located on the National Mall in Washington, D.C., the National Gallery of Art is one of the famous museums of the world, not without any reason. It comprises of east and west buildings and features a sculpture garden surrounding a large fountain. Modern art fans (and I’m sure there are many of you out there, just come out of the closet, OK?) should head to the east building, where works by Jackson Pollock, Roy Lichtenstein, and Andy Warhol are displayed.

﷟  Italy’s richest and most celebrated art gallery is housed in what was originally built as the Medici Whitehall. It’s difficult to pick out the most celebrated art-works, but they would have to include Gentile da Fabriano’s Adoration of the Magi, Botticelli’s Primavera, and Birth of Venus, Piero Della Francesca’s twin portraits of the Duke and Duchess of Urbino.

Specializing in 19th and 20th-century artwork, this is one of the most famous museums in the world. The museum displays a striking collection of Impressionism, including famous works by Monet, Manet, Renoir, Van Gogh, and Degas. Love Van Gogh’s Starry Night? Well, if you looking for a place to feast your eyes and soul, then this is the right place for you.