$165mil Worth Splatter of Paint? - Artsome 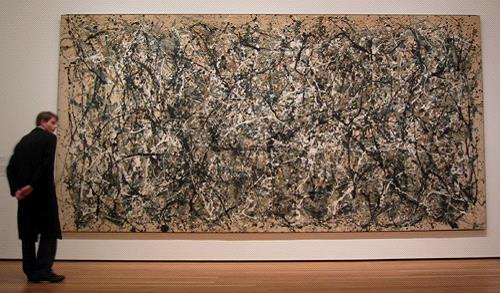 The value of Jackson Pollock lies not in what you see, but what the painter felt while he was painting it. Pollock felt that the journey towards making a work of art is more important than the product. Jackson Pollock was the first artist ever to make a painting that was completely “abstract”, it didn’t have a shape, subject or even a name. He revolutionized painting from an upright to a lateral activity by spreading his canvas on the floor so that he could move around the painting and put paint from all directions, unlike earlier painters, who drew standing upright with easel and brush. Pollock started using house paint, instead of artist’s paints, describing it as a “natural growth out of need”, becoming part of the parting, rather than a background object.

Since the Great Depression, American social realism had been portraying shocking aspects of life, protesting against the unfortunate quality of life. However, the political climate of post World- War II did not long tolerate these artists. In this scenario of Cold War and political and cultural conservatism, a ray of optimism emerged in the American society, which had been established as the apex of world order. In the context of art, New York started to become the center of the art world with World War II playing an important role in this regard. Artists, writers, poets from Europe started to flee the Nazi threatened Europe in the Second World War and migrating to Americas in search of patronage and security. Some of the famous immigrant artists include Marc Chagall, Marcel Duchamp and the art collector Peggy Guggenheim.

Abstract Expressionism does not provide a cohesive definition of the kind of art produced, but the fact that all these artists used abstraction to express strong emotions and ideas. So in this regard, why did the LIFE Magazine ask a very crucial question of “Is Jackson Pollock the greatest living painter in the United States?” At that point, it seems like the most relevant question to be asked. Pollock who came to New York to study art at the age of 17 in the year 1929, the same year that Museum of Modern Art, New York was established, was one of the first artists of the new technological age, where print, radio, television and internet worked in his favor. Jackson Pollock, the subject of a famous motion-picture, of a Pulitzer prize winning biography and numerous magazine articles and museum exhibitions, became a cultural asset. 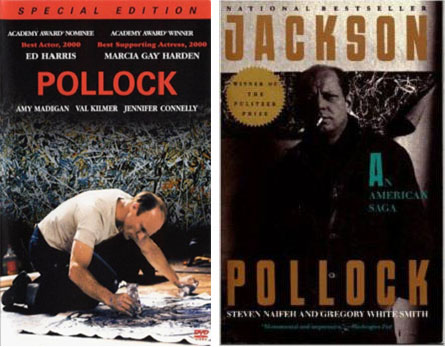 Jackson Pollock was influenced by Surrealism, that taught him how to express the subconscious, while Cubism taught him effective use of space. His encounters with a therapist encouraged his art as not just outpourings of his own mind, but images that could be a reflection of the gory massacre and terror of the nuclear war age. Therefore, when we look at a Pollock, we can easily say “my kid could do that” but we miss the point that he changed how things worked and how art was perceived and the mind boggling psychology that his “action painting” produces in the viewers because suddenly, the viewer also becomes a part of the painting experience. If it looks like a mess to some, it is because Pollock was trying to portray the inner self, and that can sometimes, be a mess. The painting seems to be constantly charged and vibrating (if not moving) and it induces a feeling of the charged nature of atoms. 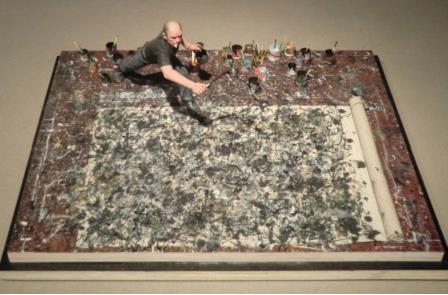 Pollock started by stretching out his canvas on the floor and a can of paint and a thick brush in his hand. He would start walking around the canvas looking at the canvas, measuring out possibilities. And after many minutes, would start splashing and dripping the paint on the canvas, earning him the name “Jack the Dripper” in 1956 Time magazine. In an almost possessed manner, he would fasten his pace and consequently, the patterns would also depict the fast motion. It all concluded to his lifelong belief that ideas are more valuable than skill.

It was definitely a revolutionary thing to say and many people were troubled to see the paintings that made art into a splattering of paint. As the Hufington Post wrote in an article “Pollock sheds light on art of the entire postwar era. He may have been the last great romantic, the last major American artist to abandon himself to painting and trust art completely.”