C is for Colour - Artsome

Victorian era English author John Ruskin had a very interesting thought on colour. He said, ‘The purest and most thoughtful minds are those which love colour the most’. Delightful observation indeed as there is certainly no escape from colour, be it the azure blue skies on a clear day or the emerald green leaves on tress dancing in the wind; the quintessential symbol of love, red roses setting many a heart aflutter or the white lilies sending a strong message of peace. Colours deeply affect our minds and bodies, with some colours single-handedly capable of uplifting our spirits, whilst others calming wrecked nerves and some others, simply to stimulate our creative pulses.

In fact, there is an entire science dedicated to colour therapy, known as Chromotherapy, which enables people to heal physical and mental conditions deploying colours as therapeutic aids, For instance, blue is associated with cool and calming properties, akin to water, and is used to treat patients suffering from high blood pressure. Green is used to treat those afflicted by mental imbalance whilst yellow triggers a feeling of well-being and joy amongst those who may be depressed. Interestingly the colour purple, an amalgam of blue and red is associated with royalty and luxuries and on a healing level, it is believed to strike a balance between the being creatively stimulated and relaxed, thereby creating a very sound state of being. Similarly, the colour orange is said to stimulate the digestive juices and is often used in dining areas or the kitchen, whilst lilac is also associated with peace and serenity.

Colour and art are inseparable and can literally be called the lifeline of an artist, being the primary medium for creating a work of art. Artists use colours effectively to create various moods, light and shadow effects as well as to lend drama and character to their work of art, besides depicting symbolic associations that each different shade may bring. Let us explore some classic paintings in order to understand the psychology of colour deployed by these masters during different phases of their careers and thereby creating such amazing masterpieces. The Old Guitarist, which is a monochromatic oil painting on canvas, created in 1903/04 by Pablo Picasso (1881–1973) is a signature painting from his Blue Period (1901–04), when the artist worked in a monochromatic palette. The painting shows an old, ill-clad, visionless man, bent over his guitar in a cramped, almost dilapidated and undecorated area. The importance of this painting is the use of blue in the canvas’s entirety except for the guitar, painted in a shade of brown and how Picasso has conveyed the subject’s poverty and angst owing to his choice of stark colours. 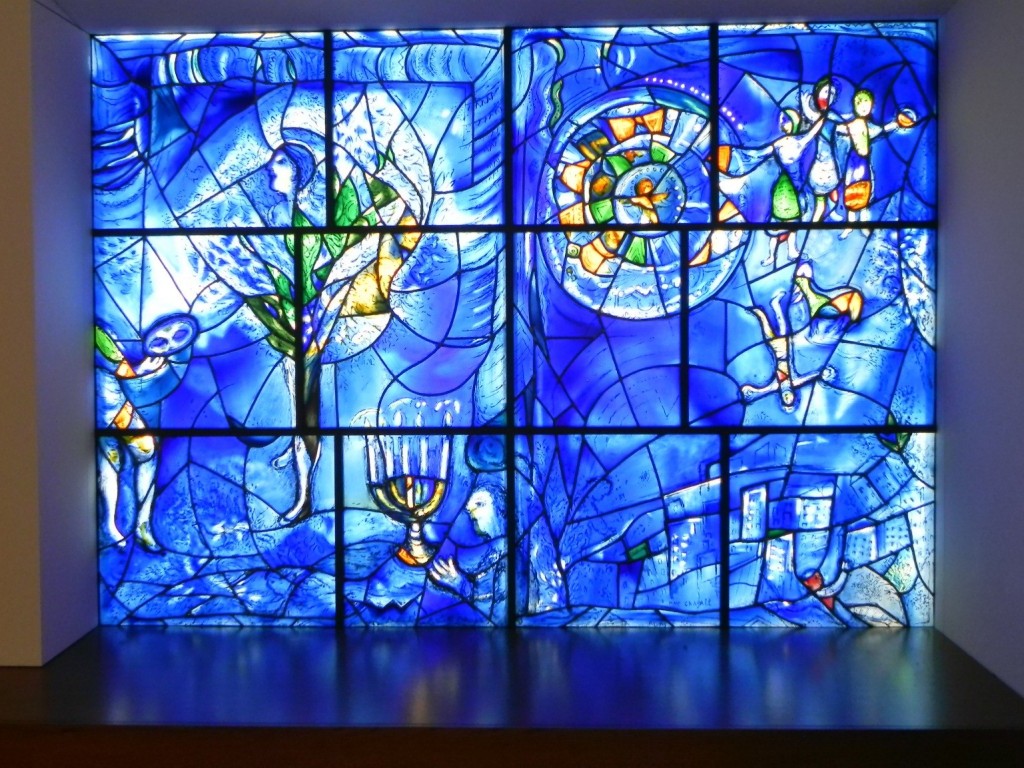 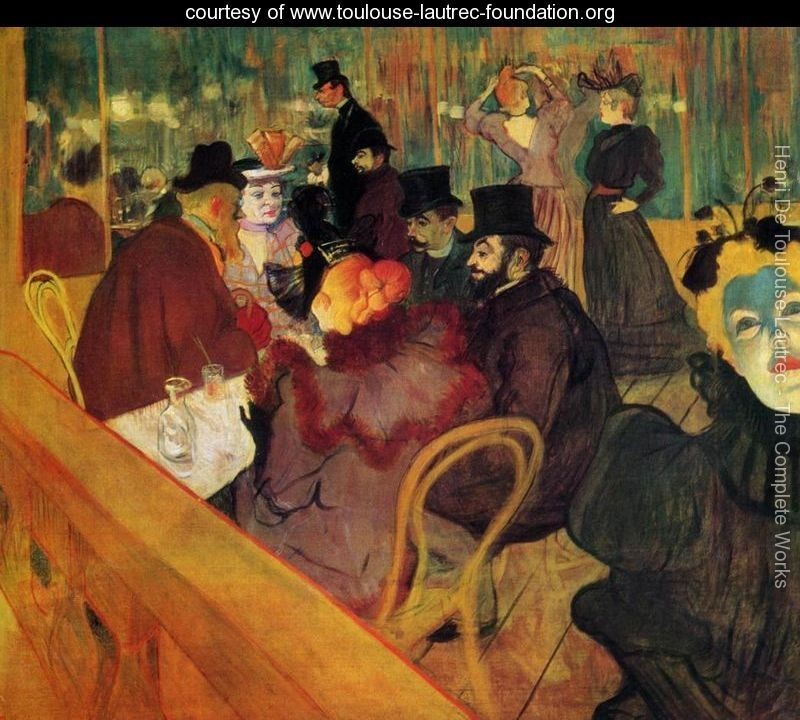 Another important painting is At the Moulin Rouge from 1893/95, by French artist Henri Marie Raymond de Toulouse-Lautrec, famous for liberally infusing his flamboyant pieces with colour. The artist was a regular at the famous French cabaret, the Moulin Rouge, and uses his keen sense of observation to create a detailed portrait of those, who too frequented the night club with equal regularity. The famous performer Jane Avril is the main highlight owing to her flaming-red hair; on one side, a dancer, La Goulue is seen fixing her hair and reflecting in the monstrous-looking green mirror in the background. An intriguing aspect of this classic masterpiece is the outrageous acid-green looking May Milton, revealing the artists’s ‘Post-Impressionist style’ in this seminal creation. 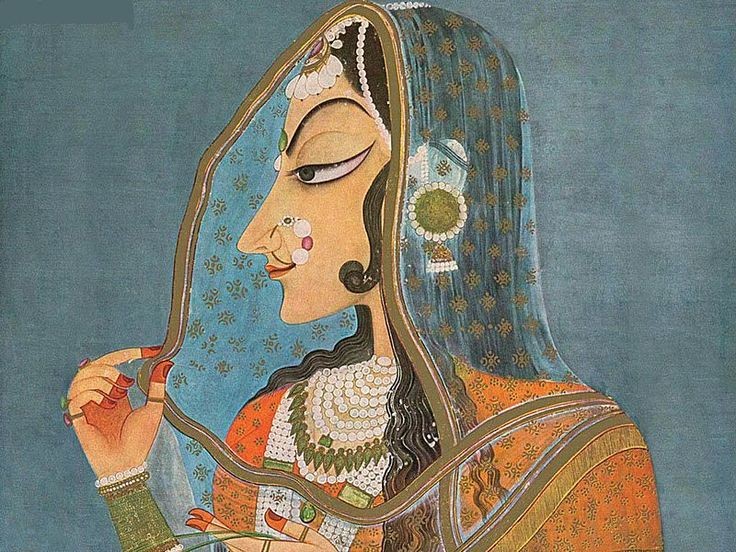 Bani Thani is an Indian painting from the Kishangarh school of paintings. Painted by Nihâl Chand, the portrait is of a stunning singer and poet in Kishangarh during the times of king Savant Singh (1748–1764) and owing to her charms and beauty was known as Bani Thani, the bedecked one, a fine example of resplendence and colour in everyday dressing and how everyday is a celebration.

Irish playwright and author Oscar Wilde articulated his thoughts on colour by stating that, ‘Mere colour, unspoiled by meaning, and unallied with definite form, can speak to the soul in a thousand different ways.’ This can perhaps be best understood in the Indian context, a land characterized by numerous colours, hues, shades and tones. A potpourri of various myriad cultures, customs and traditions, colour is intrinsic to the Indian way of life. If white is the colour of purity donned as a lacy gown by a Christian bride, then it is also adopted as a khadi saree by a Gandhian activist. The natives of Rajasthan and Gujarat offset the plain beige hues of the sandy desert in their multi-coloured lehnga-cholis and odhnis, whilst monks, saints and mendicants are mostly attired in orange or saffron robes. Such is the impact of colour in India and the lives of Indians that we actually have an entire festival of colours known as Holi. Several mythological tales have been associated with this unique festival, the most popular one pertaining to Lord Krishna and his consort, Radha. Unhappy with his dark complexion, it is said that one day, a young Krishna asked his mother Yashoda as to why was he so dark whilst Radha so beautiful and fair? To this, Yashoda playfully responded that he need not worry and could smear Radha’s face in any colour that he may choose to and this led to the origin of playing with different colours on Holi. 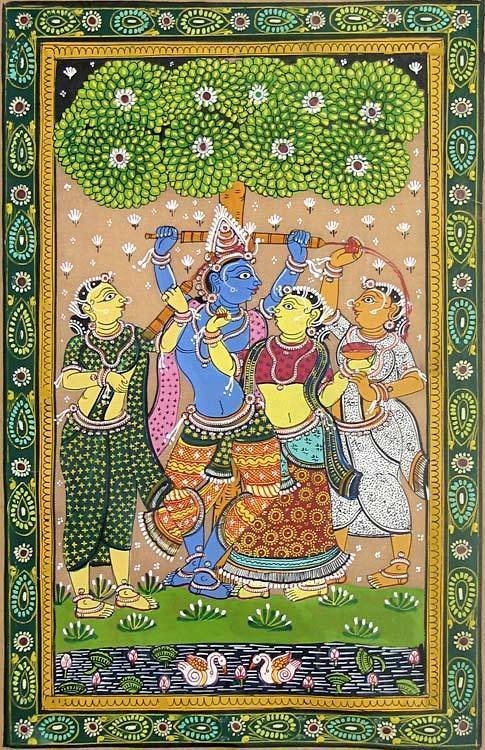 Narasimha kills Hiranyakashipu, as Prahlada and his mother Kayadu bow in obeisance

Another myth speaks about the evil King Hirnyakashipu, who ordered his sister Holika to sit in a pyre with his son Prahlada on her lap suspecting Prahlada to be the cause of his impending death. Holika was blessed with a holy boon whereby she could not be burnt by fire but when she sat in the pyre with her nephew, Lord Vishnu ensured that Prahlada escaped unblemished whilst Holika was charred to death. Appearing as Narasimha, Lord Vishnu himself played Hiranyakashipu. The festival of Holi is believed to celebrate this benevolent act of the almighty and to protect one from negative energy.

The third legend goes that when Kaam Deva was cursed by Lord Shiva and thus burnt by the force of his third eye, an inconsolable Rati, Kaam Deva’s wife begged for her husband in front of Shiva, who then restored a vision of Kaam Deva as a symbol of true and pure love vis-à-vis sexual lust. To celebrate this event and to ward away evils, Holi is celebrated.

The power of colours is omnipresent and cannot be ignored be it in real life or in context of the world of art. Each colour has the power and potency to trigger or suppress latent emotions and thoughts in different people at different points in time. As contemporary American writer Jarod Kintz puts it,

and sometimes love may even make you feel turquoise or teal.

Depression and envy get all the pretty shades of description,

and I love that, but in a pink/purple kind of way.”