Men put me down as the best woman painter…

…I think I’m one of the best painters.

Thus spake Georgia O’Keeffe, the feisty, abstract expressionist artist, of the 20th century, from the Americas.

From 6 July to 30 October 2016, the Tate Museum in London will present an exhibition of 100 iconic paintings of Georgia O’Keeffe, best known for her work Jimson Weed/White Flower No. 1 1932, the most expensive painting by a female artist ever sold at an auction.

Distinguished by her paintings that are easily discernible for their magnified flowers, animal skulls, and New Mexico desert landscapes, her quotes are as sought after as her art. The artist gained much name and fame for her unfussy and unembellished minimalist paintings of the canyons and plains charaterising the southwestern geographical beauty of the Mexican terrain. She attained iconic status in the early 20th century for her pathbreaking and inspiring work. 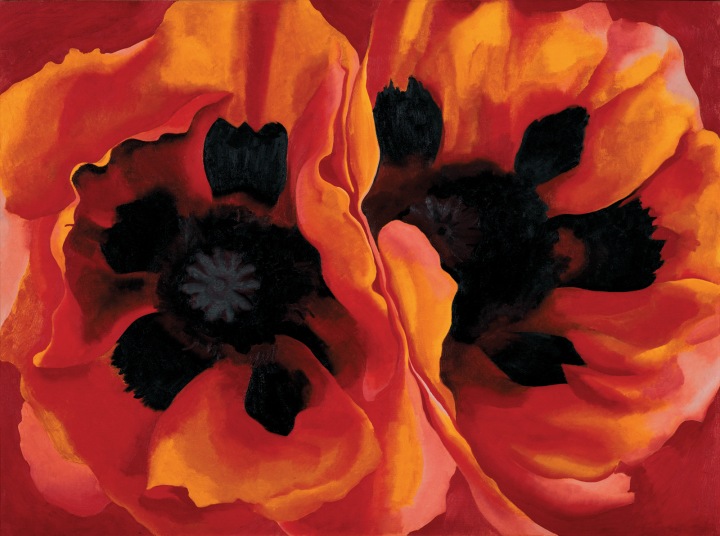 Developed by American painters, typically in New York in the 1940s and 1950s, post World War II, Abstract expressionism refers to new forms of abstract art whose highlight were typically bold brushstrokes drawn by artists spontaneously. Jackson Pollock, Mark Rothko and Willem de Kooning were the early abstract expressionists to be followed by the likes of Georgia O’Keeffe and Gorky, wherein painting was being viewed as real “freedom of expression” following the aftermath of the World War, and the artists were painting “for the sake of painting” and not to conform to any social, religious or political affiliations. This was modernistic and liberated art. 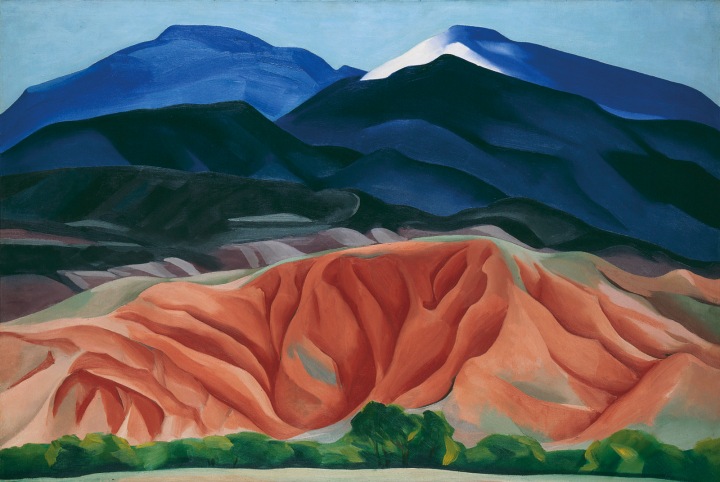 Black Mesa Landscape, New Mexico / Out Back of Marie’s II 1930

Her bold lines, especially in her lucid paintings featuring the barren landscapes lend an almost lyrical and meditative quality to her work whilst her flower paintings are full of linear and clear strokes. The paintings where she has painted close ups of the cow’s skull or extreme details of calla lilies gained much critical acclaim and appreciation for her, catapulting her to one of the most renowned artists of her era.


“I decided that if I could paint that flower in a huge scale, you could not ignore its beauty.” Georgia O’Keeffe

Drawn by natural beauty such as the stark desert light or the snow-capped peaks or floating clouds as viewed from an aircraft, her work deploys clear colouring and extremely bold patterns. Some of her flowers, for example the Black Iris (1926) is so detailed in its structure that it appears almost abstract.

Amongst her most unusual creations is the mural Sky above Clouds (1965), 7.3 m wide, which has been inspired by a series of aircraft flights.

The clarity of her strokes and the firmness of her vision is amply evident from her huge ouevre wherein she has not restricted herself whether in her inspiration or on her canvas, where the reassured paintings do all the talking. 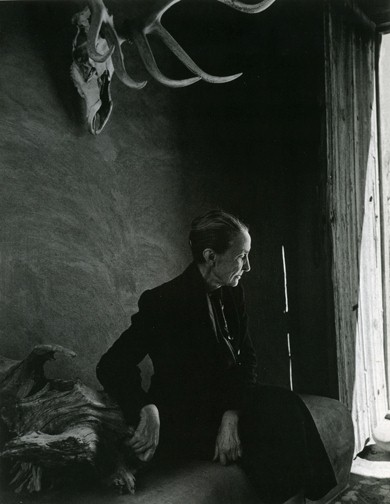 Making her debut a century ago, in 1916, O’Keeffe was immediately recognised as a trailblazing artist, while today her legacy as an American art icon and a pioneer of twentieth-century art is widely recognised. So far, no works by the artist have been on display in UK public collections and this exhibition is thus, a rare opportunity for art afficionados to see the beauty and skill of her remarkable paintings outside the US.


“Sun-bleached bones were most wonderful against the blue – that blue that will always be there as it is now after all man’s destruction is finished.” Georgia O’Keeffe

Some awe-inspiring quotes from the awesome artist: