Co-inciding with the eight edition of the India Art Fair 2016 in New Delhi from 28-31 January 2016, the India Today Group announced their first ever India Today Art Awards 2016 at The Leela Palace, on 28th January, marking the media group’s 40th anniversary as well.

Kalli Puri, Group Editorial Director Broadcast and New Media, India Today Group commenced proceedings at the highbrow ceremony by explaining how “the germ of the idea was planted, nurtured and finally implemented”. Hosted by the inimitable Karan Thapar of India Today TV, the highlight of the evening was a discussion with a distinguished panel of artists comprising Bharti Kher, Jitish Kallat, Anjolie Ela Menon, Dayanita Singh. Thapar asked his panelists the quintessential question, “What is art?” To this, Anjolie Ela Menon responded aptly by saying, ‘It means different things to different people. It absorbs me, drives me and has s life of its own and I am a slave.’

The evening also featured a recorded message by Chinese dissident artist Ai Weiwei televised for the audience. The artist having spent 48 hours with the India Today team in Lesbos, Greece, shared details of his latest project, and myriad thoughts besides a message stating that “Artists have to be more human rather than political and it is encouraging fit me to be active and be part of political discussions and change. From the process of creating art to inspirations to bring an artist in India in this day and age to whether an artist’s worth is determined by the price of his work, the discussion was rich with each artist bringing something interesting and relevant to the panel discussion. As Bharti Kher said, ‘Art is all about faith and the object you create takes you on a journey. Our madness is our companion and we love it when fellow travellers talk to us.”

Interesting and insightful sound-bytes from the art fraternity embellished the magical evening with further glitz and sparkle. When queried if modern art is obscure and perplexing, Jitish Kallat stated, “Art is s conspiracy in your mind at the moment of viewing and sometimes as an artist you see the viewer jaywalking away from your intention.”

Expressing her views on myriad media being deployed by artists, particularly overlapping media like art and photography, Dayanita Singh said, “You need to be the author of your own work and own it. There is too much emphasis on the buyer but art is an expression of what the artist wants.”

Bharti Kher did not feel that art is only for the elite and had her own view. She said, “I am a scholar of art and if you want to enter my world you need to be part of my world. There is a lot of scholarship in art and people need to understand that.” Shedding light on astronomical prices of paintings prevalent in the art world, Atul Dodiya noted, “Tyeb Mehta was not mentioned through his life but when his work fetched an astronomical amount suddenly everyone was writing about him. This is the nature of things.”

Felicitations included awards for the doyens of the Indian art fraternity including names like Ram Kumar, KG Subramanyan, SH Raza and Krishen Khanna and many many more such as:

Artist of the year – Rameshwar Broota

Collector of the year – Anupam Poddar

Gallery of the year – Experimenter

The capital city is surely getting its fair share of artistic attention and popular culture doses owing to these myriad events embellishing the city’s vibrant art scene. Truly inspiring! 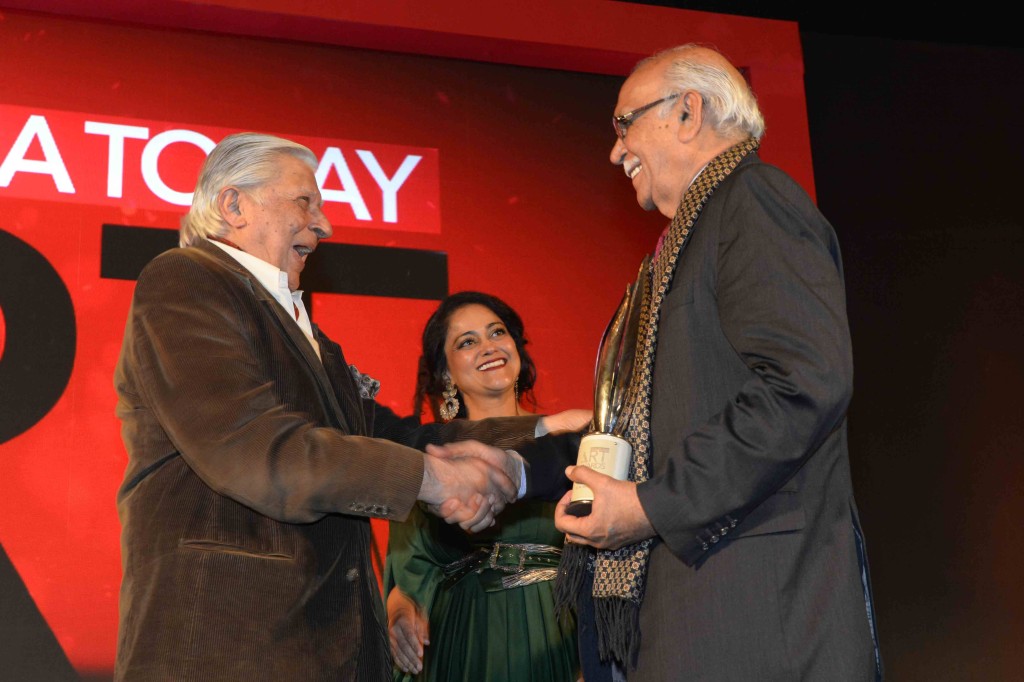 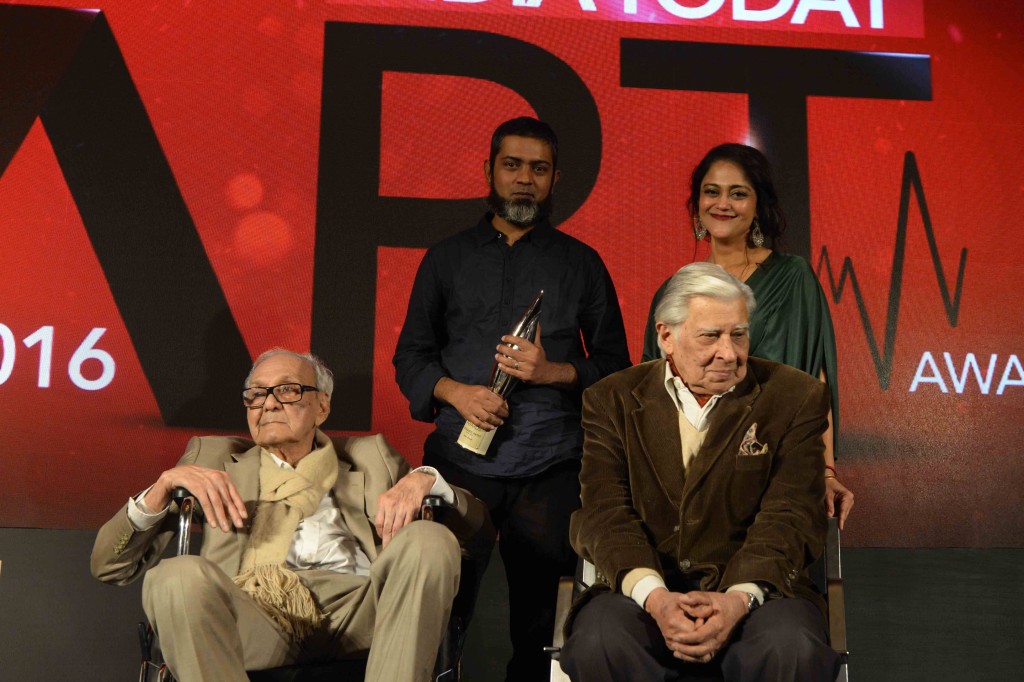 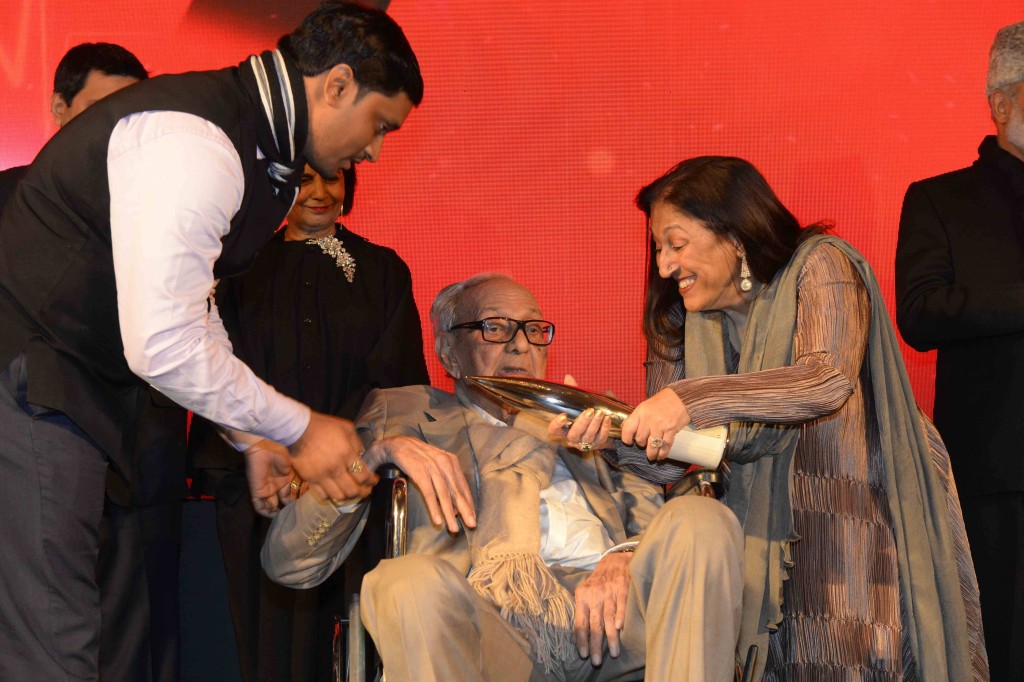 SH Raza was one of the four Doyens of Indian art who was awarded by Kiran Nadar. 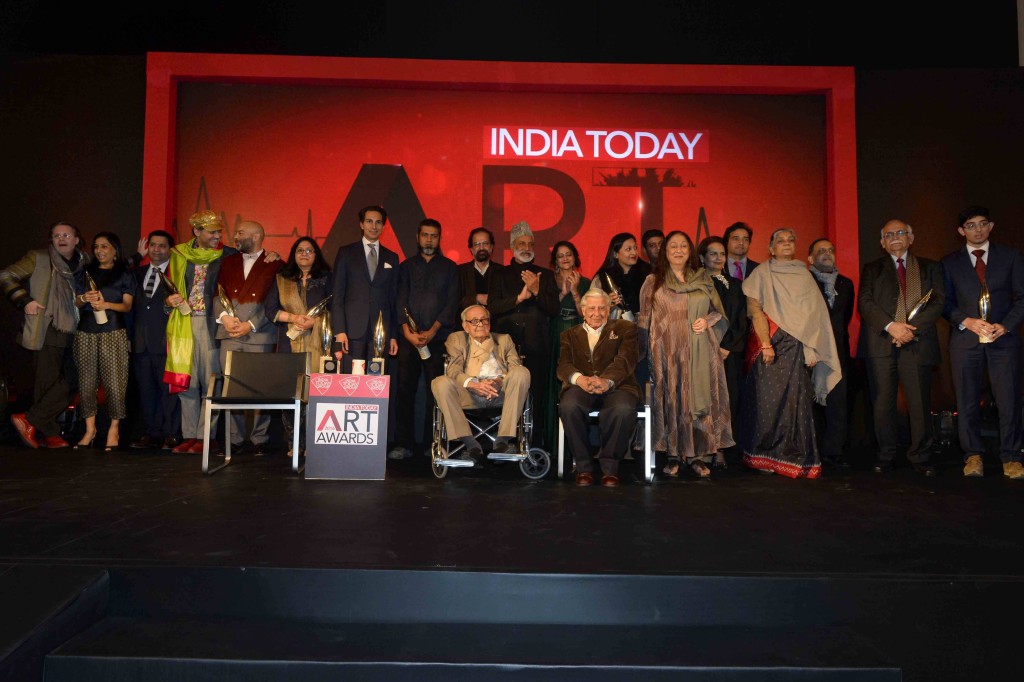 Winners of India Today Art Awards 2016 with the jury. 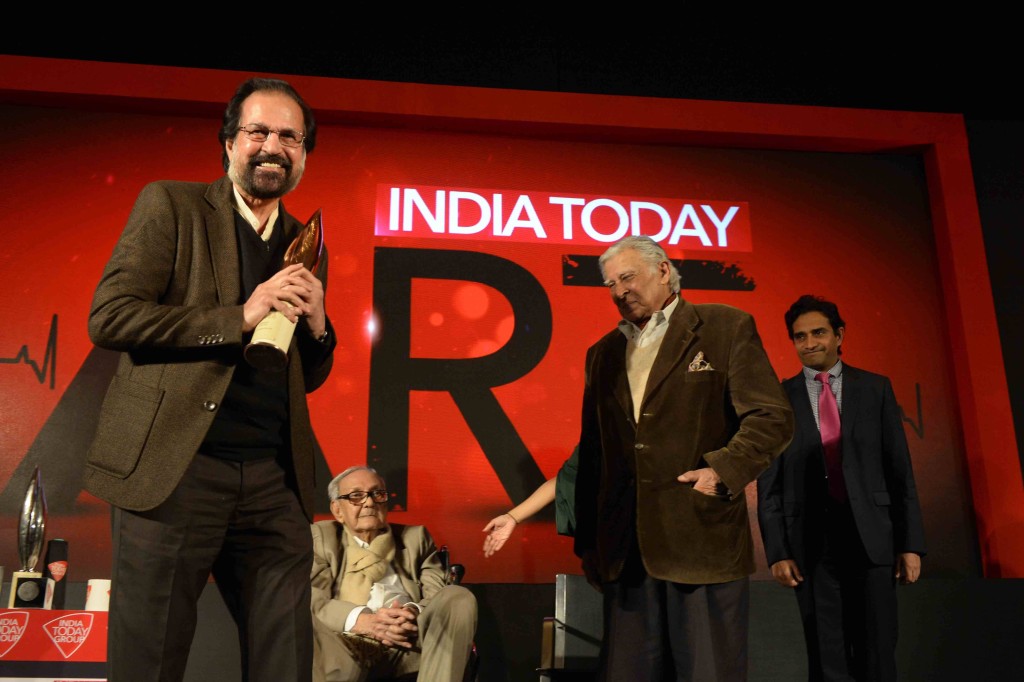 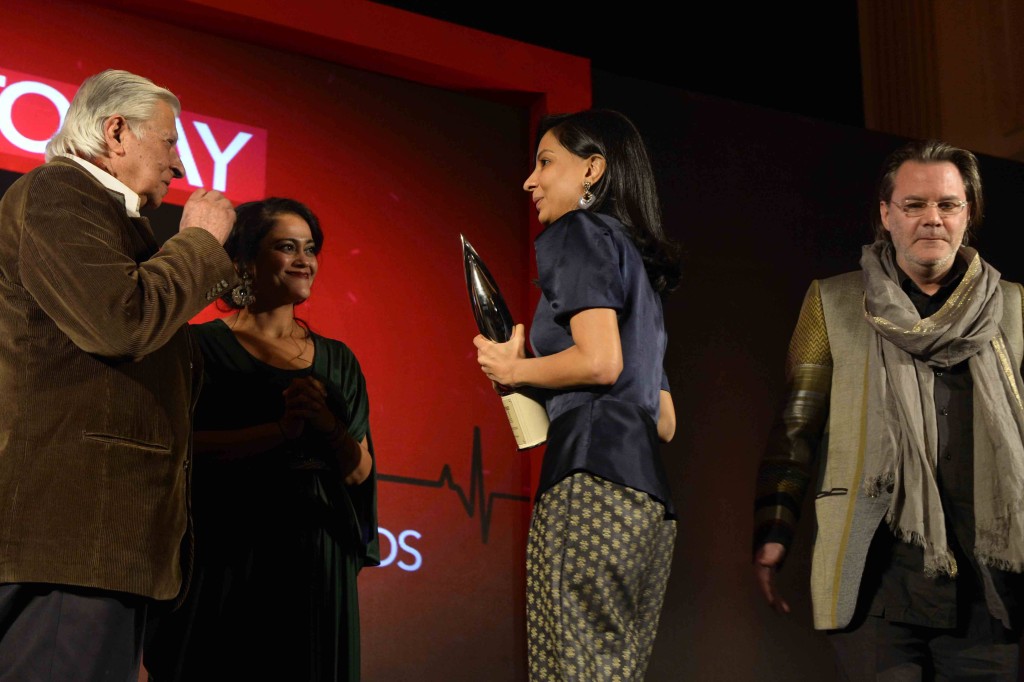 olo exhibition of the year award was received by Priya Zaveri and Peter Negy on behalf of Late Mrinalini Mukherjee.

All photos by Vikram Sharma