“I will resist, I shall defy

Will you do as you please?

You turn my home into sand

It was a forest where I stand

You made daylight go dark

Left it barren never a spark

I will resist, I shall defy

You strip me of my land

On my women, your hand”

– An excerpt from a poem by Kabita Chakma

Translated from Bangla by Shahidul Alam

This composition that is created within the ‘Art and Aesthetic Gallery’ with hanging straw mats, laser etched portraits along with hanging candles resting on small earthen plates in front of the prints is that of mystery.

Feelings of absence and presence, culprit and victim, center and periphery, oppressor and oppressed come together, to weave a fabric of violence and injustice, that prevails at the margins. Social anthropologist Sahana Ghosh notes, “It is not often that incidents or issues along India’s border with Bangladesh receive attention in the Indian national media. This is in stark contrast to Bangladeshi Bengali and English language media where the violence and harassment suffered by Bangladeshis at the hands of Indian troops is the subject of everyday reportage.”

Kalpana Chakma, a young leader of the Hill Women’s Federation was abducted from her home by military and civilian law enforcers on 12th June, 1996 and remains missing till date. Shilpakala Award recipient, Bangladeshi photographer Shahidul Alam has addressed this pattern of abuse that has emerged within conflict zones, in a poignant and powerful manner with laser etchings on straw and ‘giclee prints’. Alam integrates the image of the rebellion and its consequences- the act of burning down and destroying homes of the tribal people along with the fact that Kalpana would sleep on straw mats at her bare home have been represented through straw mats as the canvas and laser beams burning the straw and etching with flames. The medium of representation is unique as the combination of lighting; digital rendering, tonal quality play, segmentation and gradation play leads to the unique off prints that are seen in the exhibition.

The individuals who are ‘Kalpana’s Warriors’ are those who are using their profession for activism; for a cause that has them all grappling with the question, given this scenario of injustice, how are you safe in any nation?

Some of the people in the images are Bangladeshi economist and political activist Anu Muhammad Anisur Rahman who has been a campaigner for a complete investigation on the forced disappearance of Hill Women’s activist Kalpana Chakma, Amena Mohsin who teaches at the Dept. of International Relations at University of Dhaka and has been active in the campaign to have a full investigation of the disappearance of Kalpana Chakma, Sara Hossain who is a leading human rights lawyer in Bangladesh, a barrister practicing in the Supreme Court of Bangladesh and Commissioner of the International Commission of Jurists, Muktasree Chakma who is a feminist and passionate about human rights particularly minorities rights which particularly includes women and children rights, indigenous peoples and religious minorities rights and LGBT community.

The exhibition’s opening night witnessed a moment of solidarity amongst the viewers as they paid tribute to a unique woman with candlelight and poetry in the Chakma dialect, Hindi and English. A cultural resistance, that outlined one of the many deep and complex power-play occurrences at the human level with the help if scholars, lawyers, photographers, journalists and many more as warriors; to protect and prevail. Her resistance was an integral part of domination and subjugation as diffused concepts rather that a complete binary. 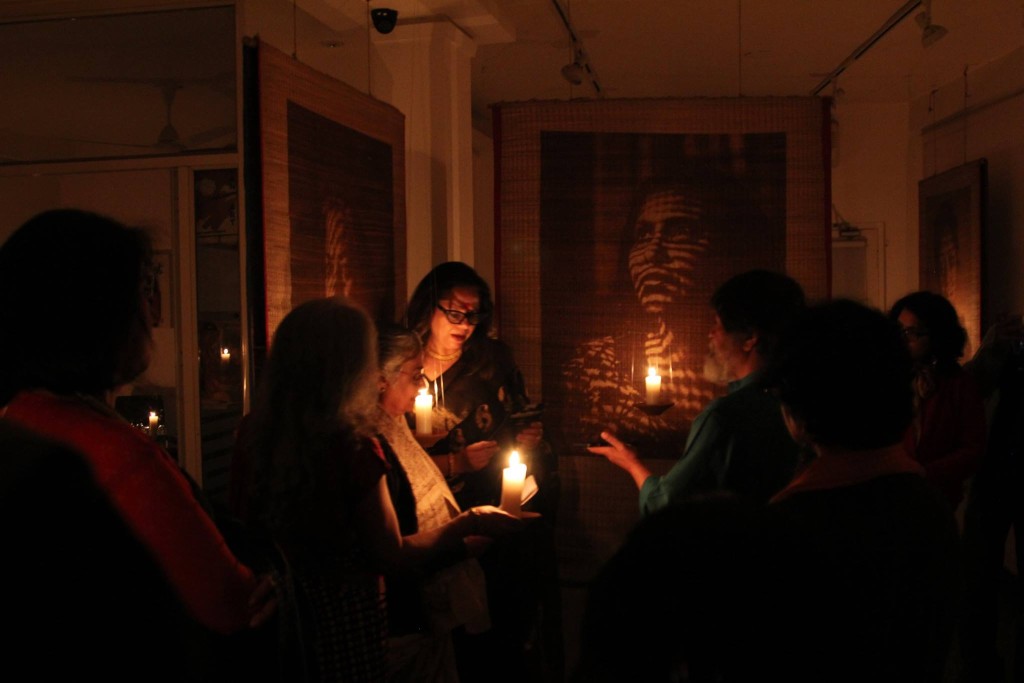 In another segment of the exhibition that was dedicated to a few traditional printed photographs, Shahidul Alam takes note of the various spaces that have were once significant for revolution and activism, but have now been completely shut out for the ‘pahari folk’. For example the ‘Shapla Mor’ in Khagrachori was a center of protest, but ‘pahari’ protestors are no longer allowed there even though Bangali settlers have access. Alam has taken images of infrastructure that were deeply connected to the attempts of reviving chakma culture – like Kalpana’s typewriter and storybooks for children in their nearly lost language. Other images include the police headquarters from the clubhouse where Kalpana and her comrades would meet. The HQ was where ‘paharis’ once picked up would be tortured and sometimes killed. 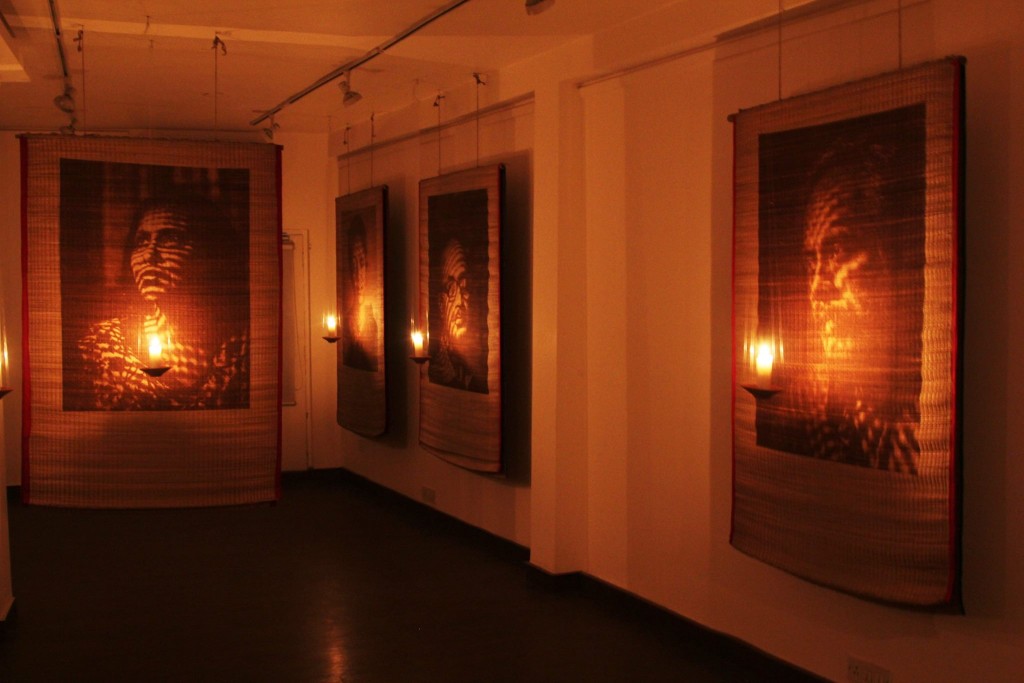 Thus, ‘Kalpana’s Warriors’ is an exhibition that creates dialogue within the constructs of power and cultural spaces, where multiple creative elements come together as a tool for activism. Shahidul Alam integrates anger, pain and loss within the beauty of light and shadow, faces and features and daily objects that act as repositories of memory- from simple to violent ones.

His other seminal works include the setting up of the award winning Drik Picture Library, the Bangladesh Photographic Institute, Pathshala, the South Asian Institute of Photography, the Drik News photo agency and Banglarights- the Bangladesh Human Rights portal. He is the only person of colour to have ever chaired the prestigious International Jury of World Press Photo, considered the United Nations of Photography.

Kalpana’s Warriors: An Exhibition of Laser Etchings on Straw and Giclee Prints is running from 31st January-5th March, 2016 at the Art and Aesthetic Gallery.