Several artists at the ongoing 108 day Kochi-Muziris Biennale 2014-15 have chosen to use found objects to express themselves and their world, taking a keen interest in these objects because of their own background or Kochi’s colonial history. These are a few artists exhibited at the Biennale who have used found objects to depict scraps from historical events, experience and time.

In his series, Background Story, Chinese artist Xu Bing uses the play of light and shadow to create works that resemble classical Chinese paintings out of leaves, fibres and other discarded materials. He does this by carefully attaching these materials to one side of a translucent screen which, when viewed against light, creates a silhouette identical to a painting. Bing’s act of creating these ‘shadow paintings’ builds on traditional methods of art education that emphasises imitating the works of old masters. Instead of copying brush strokes, Bing here engages in a dialogue with tradition by painstakingly creating works that interrogate our habits of visual perception.

In Background Story: Endless Xishan Mountain Scenery (2014), Xu Bing has replicated in shadows a landscape painting by Chinese artist Xu Ben .  He chose this particular painting as its creation coincided with a period in history when generals of the Ming empire were making oceanic expeditions  to expand China’s influence and trade.  At least twice his explorations brought him to India’s West coast nearly a century before Vasco da Gama, and disembarked at principal ports such as Calicut and Kochi. 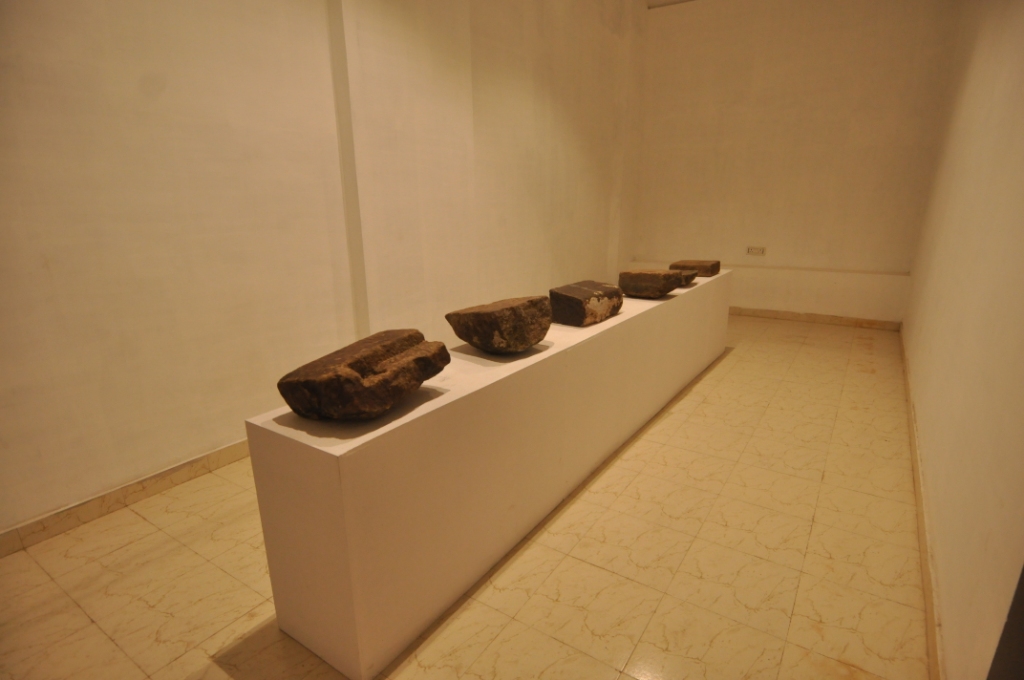 Sissel Tolaas, a Berlin-based artist and researcher, works with smell and its potential to communicate. Fear (2014), her installation at the Kochi-Muziris Biennale 2014, is an extension of a 2005 project titled Sweat Fear/Fear Sweat for which Tolaas created a database of sweat smells produced by 20 men around the world who suffer from a phobia of bodies.

Micro-encapsulated combinations of these smells are part of Tolaas’s installation at the Biennale for which she painted them onto the surfaces of stones collected from Kochi, many of them ballast stones that are relics of Kochi’s maritime past. Ballast stones are used as weight to balance cargo vessels and are discarded once a ship is filled with cargo at a port. Stones thus discarded centuries ago can still be found scattered around. Tolaas’s installation functions as a distilled smellscape. The stones, when touched by visitors, release the microencapsulated scents they contain, evoking undercurrents of fear and violence and the tales of many labouring bodies that have left their imprints on this coast. Prashant Pandey comes from a family of marble sculptors in Jaipur. He works with that which is discarded and often ostensibly ‘impure’. He is known for recycling objects that are past their use value—from marble blast and chunks of tar to visceral rejects like urine, sweat and blood—to create artworks that question cultural notions of utility and waste.

Artha (2014) is an installation in the shape of a diamond but the seductive red translucence of this sculpture gives way to shock on encountering the objects from which it derives its colour–10,000 discarded slides of blood containing blood drawn from a large number of people including the artist. In creating a likeness of one of the most precious commodities in the world in blood slides that are arranged like brickwork, Pandey creates a juxtaposition that evokes multiple connections between money, violence and mortality. The work acts as an unsettling interruption, forcing a confrontation with the sheer corporeality of our existence. 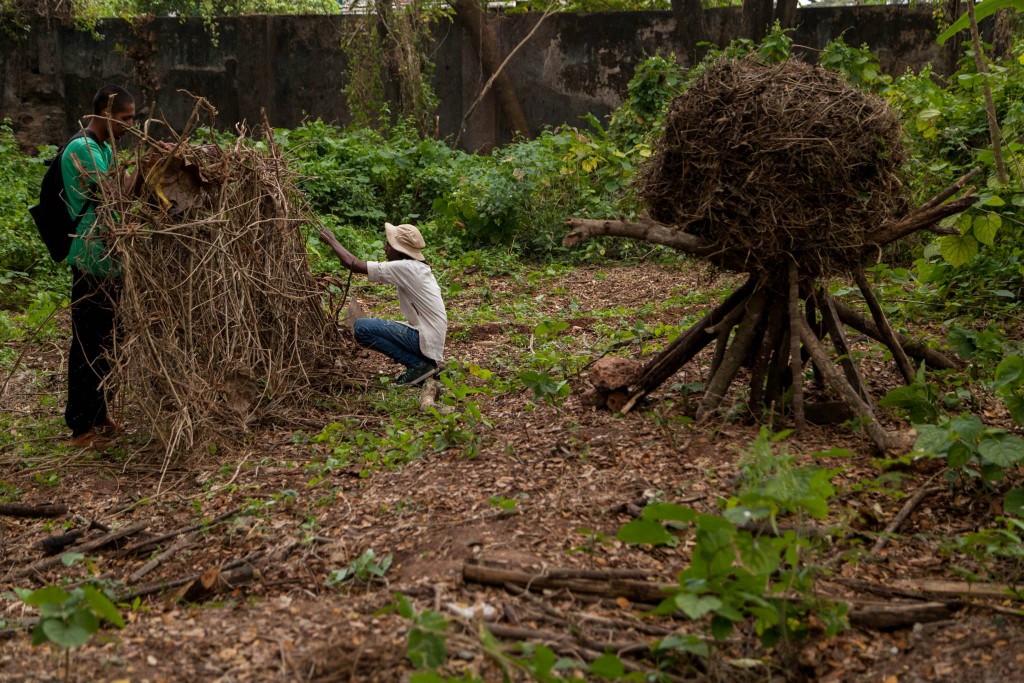 Valsan Koorma Kolleri’s How Goes the Enemy (2014) is a dynamic sculptural space that has come to represent “a tactile experiential landscape of our collective memory”. Unlike formal archaeological excavations, the artist’s excavation of this site is an individual’s exploration of time. Without disrupting the ecosystem, Kolleri rearranged the natural elements and found objects within this site. Within the restructured space, elements made from locally available natural materials such as laterite stones, mud and clay have been introduced. In the course of the Biennale, rainfall and humid air will erode the laterite and mud surfaces. According to Kolleri, with this act of time (‘the enemy’), the beauty of the installation will slowly emerge.