Pages of a Mind: Raja Ravi Varma, Life and Expressions: A Review Part I

The Piramal Museum of Art, Mumbai had hosted the exhibition Pages of a Mind: Raja Ravi Varma, Life and Expressions from 22 February till 30 April 2016, highlighting the life and times of the prolific artist. The exhibits on display included not just his magnificent paintings but also his oleographic prints, advertisements, posters and porcelain sculptures inspired by his work. 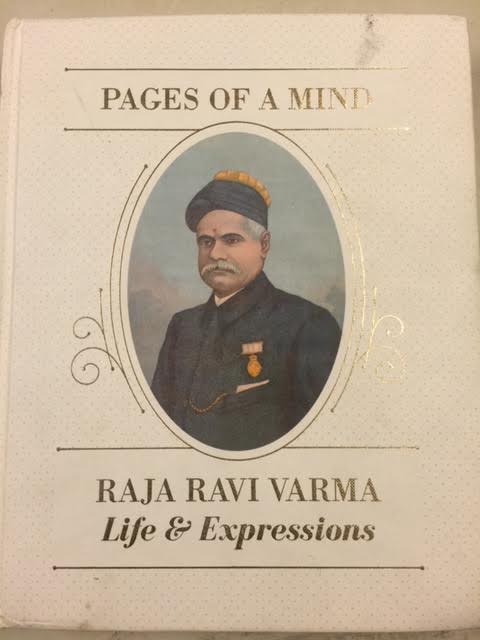 In the first part of this review, ARTSOME examines the story of Raja Ravi Varma’s birth and ascent to fame. As the publishers of this resplendent pictorial book state: ‘Raja Ravi Varma (1848-1906) is a seminal figure within the history of Indian art, an artist whose works elicit a variety of responses from people, ranging from wonder and appreciation to disdain. However, during his lifetime, Ravi Varma was one of the most admired artists due to his ability to re-interpret Indian mythology and literary themes using the language of Western art. While the royals and wealthy of colonial India keenly sought his paintings, his works also percolated to the masses through the prints produced in the Raja Ravi Varma Fine Art Lithographic Press.’

Born in the days marking the advent of the East India Company on Indian shores, the highly acclaimed Ravi Varma was a painter, a visionary and a man with an extremely developed sense of the power of the visual medium. His mother’s royal lineage, who was from the Nair caste and whose family followed the matrilineal system of inheritance and succession, ensured that he was accorded a royal childhood, which was followed by his stupendous success and the title of Raja or king was bestowed on him, owing to his excellence in the craft. A contemporary print based on Ravi Varma’s painting of the Diwan of Baroda, Sir T Madhava Rao

The boundless talent in the young Ravi was initially spotted by his maternal uncle and after early training in Travancore, eventually, the Maharaja of Travancore offered him patronage and freedom to paint accompanied by all the accoutrements befitting the young artist’s brush. Interestingly, Ravi Varma’s patronage was not limited just to the princely state of Travancore but he was soon being hailed as a talent to behold by the Maharajas of Baroda, Agra, Oudh, Madras, and Mysore, the princely states of Kerala; the Rana of Udaipur; the Nizam of Hyderabad, and scores of foreign residents and highly placed officials of the East India Company, who wanted a slice of his paintings. This multipronged patronage and strategy of travelling to every nook and cranny of India along with his biggest supporter, partner and co-painter, his brother, Raja Varma, did not restrict Ravi’s fame or oeuvre and allowed it to flourish and blossom across the length and breadth of India.

The myriad selection of essays curated in Pages of a Mind: Raja Ravi Varma, Life and Expressions dwell upon his growth as he became more confident in his craft and his name became to be respected with much awe and reverence not just in India but across Europe as well. Several diaries maintained by his sibling in the form of a travelogue, which was to be published as a book thereafter reveal the intimate details of Ravi Varma’s extensive journeys and his brush with royalty all through India. 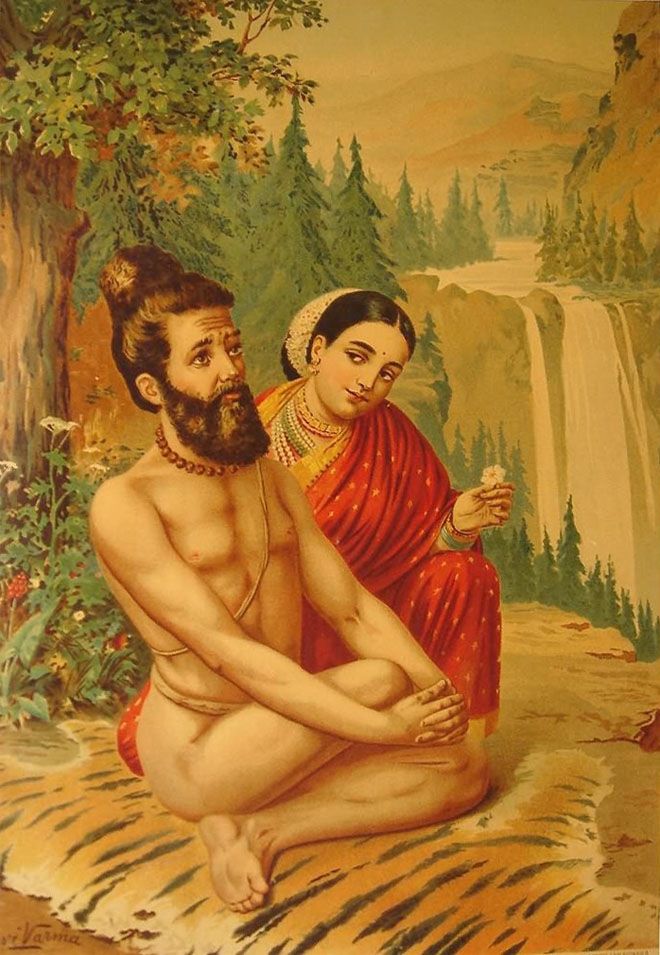 In the 1890s when Raja Ravi Varma, who had found much acclaim in his painting style distinguished by his depiction of Hindu deities and recreating critical moments in Indian mythological tales through his colourful and extremely rich oil paintings, the very modern and well-travelled Raja Ravi Varma realized how oleographs or prints were selling through the roof in German markets. Replicas of his paintings in the form of postcards were already generating much hype amidst the European art aficionados according to his friend T Madhava Rao who later became a Diwan in Travancore and then Baroda. Meanwhile, he discovered how the German master printer Fritz Schleicher, along with his partner P Gerhardt had set up an infrastructure for production of oleographic prints. Thus, in 1894, Ravi Varma established the Ravi Varma Fine Art Lithographic Press with technology operated and imported through Fritz who came to India especially for the venture and the capital offered by a Bombay businessman. 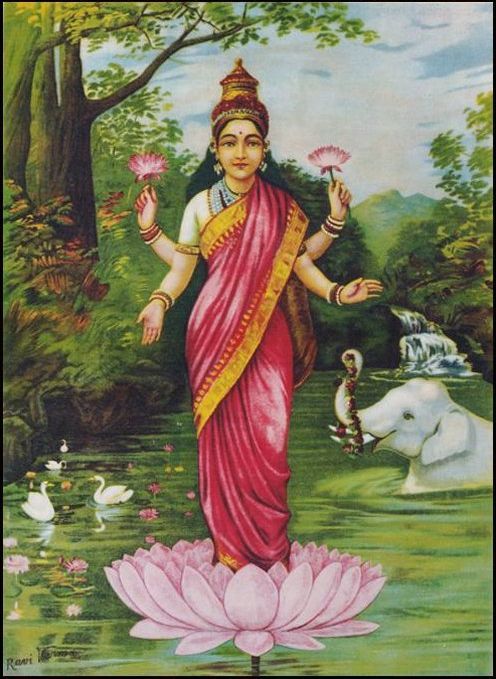 Easily adapting to recent inventions and discoveries that enhanced the realism of his creations, Ravi Varma extensively developed paintings from original photographs and infused them into masterpieces of realism with every minute detail being visible clearly in all its finesse, and this further led to him attaining pinnacles of success and glory. 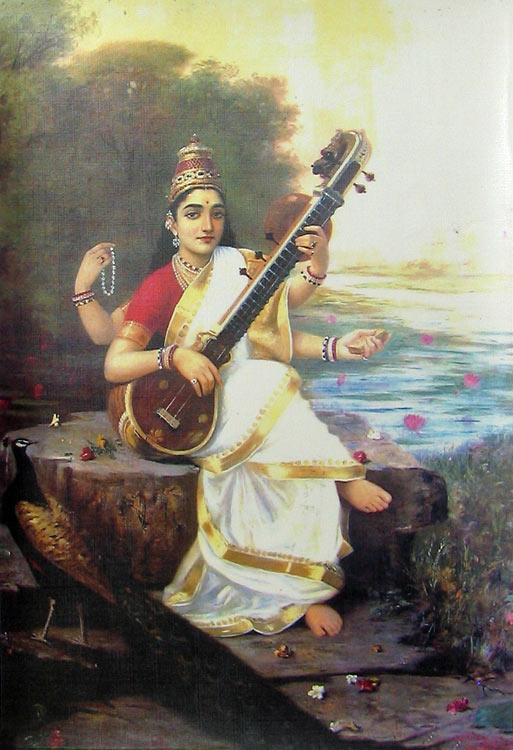 So deeply ingrained are his depictions of lifelike deities that till today they influence mass media, be it print, television or even films. The naturalistic faces with well-dressed bodies of the male and female protagonists, he set a template for generations to follow as his men and women, gods and goddesses, kings and queens were simple and real with features so relatable that even in present times, these are the faces of divine icons and royalty that one sees on kitsch art be it calendars or posters of original ancient paintings.