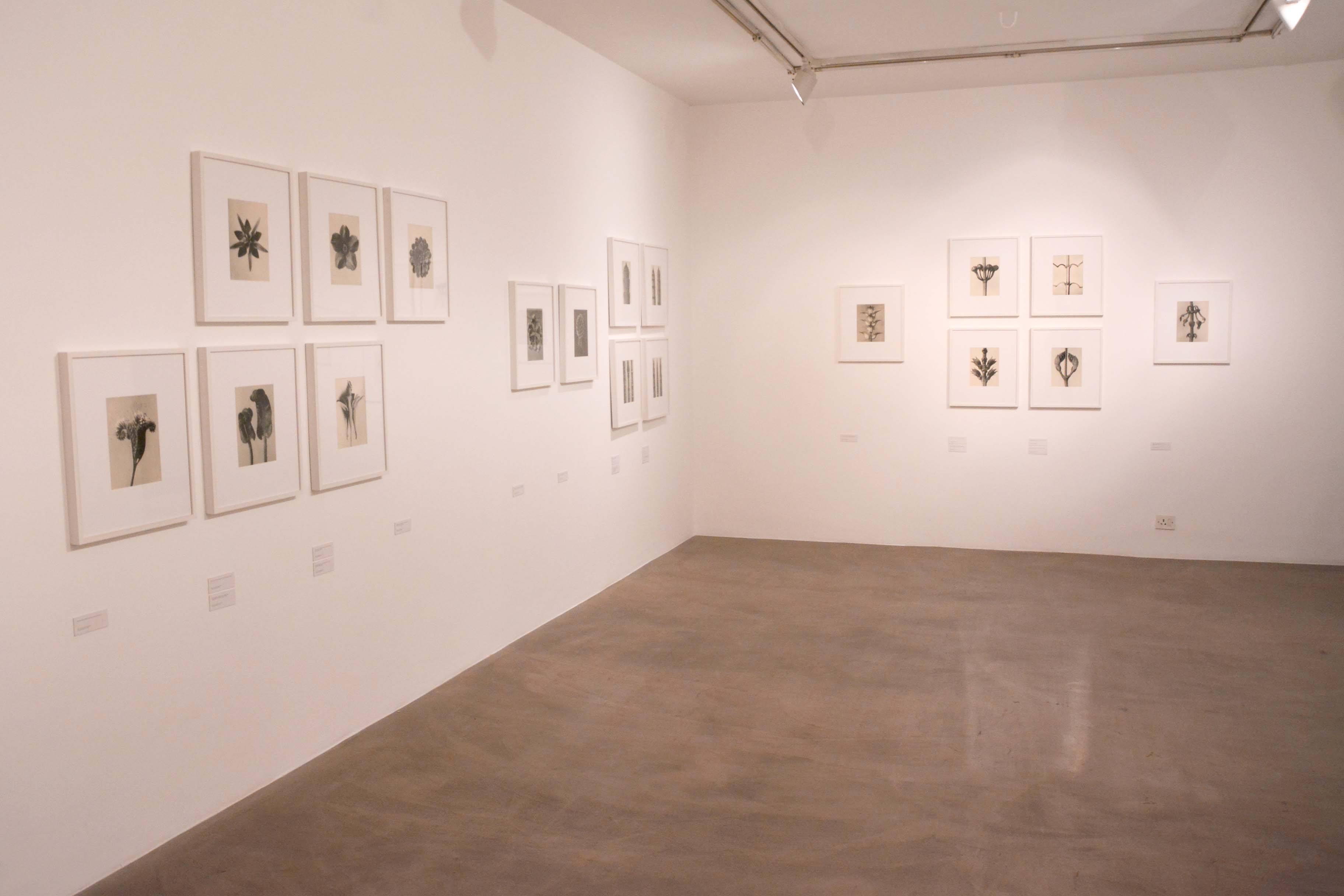 Let me begin by confessing that I am a huge fan of vintage art. This may not necessarily be creations from centuries ago but art created especially conjured by a visionary, an artist who breaks away from traditional forms and dares to dream and create a fresh form is what truly whets the artistic appetite in an art appreciator. In the early 20th century, before the advent of the digital camera, a natural photograph captured from a relatively basic camera and yet managing to inspire onlookers beyond words is what the path-breaking artist Karl Blossfeldt has achieved through his revolutionary work. Jerome David Salinger, the American author had once said, “An artist’s only concern is to shoot for some kind of perfection, and on his own terms, not anyone else’s.” Karl Blossfeldt has epitomized that through his work.

Hence, when Artsome asked me to review Karl Blossfeldt’s show ‘Art Forms in Nature’ at the Vadehra Art Gallery situated amidst the hustle and bustle of the sprawling Defence Colony in New Delhi, I was truly delighted. Obviously, the art produced by this German photographer and teacher during his lifetime (1865-1932) is iconic and legendary owing to the fact that deploying a very simple homemade camera and lens that could magnify a subject by 30 times, he managed to capture the microcosmic nuances of his specimens, comprising primarily of flowers, plants and their myriad parts.

Producing some 6,000 photographs over a journey of three decades, his first of three revolutionary portfolios was published in 1928, entitled Urformen der Kunst (Artforms in Nature), which became an overnight sensation owing to its unique style of photographs and clarity of detail. The photographs in Tasveer’s exhibition displayed at the Vadehra Art Gallery are selected from this evocative book and this series of exhibitions organised by Tasveer, will be the first time that Blossfeldt’s photographs are being displayed in South Asia.

This self-taught artist was hailed universally by modernists for his futuristic and seminal work. Of course, being the son of a father who was also studying the growth pattern of flora and fauna, Karl Blossfeldt’s vision as a sculptor, painter and student of plants enabled him to manifest his visualizations as sheer works of unforeseen genius with incredible emphasis on aesthetics and photography as an art. And, his work enabled connoisseurs to not just appreciate his art as aesthetic visuals but also offered a range of detailed angles and meticulous design as templates for architecture and design, besides being used as reference material by students of biology and botany, the world over.

The philosopher Walter Benjamin declared that Karl Blossfeldt ‘has played his part in that great examination of the inventory of perception, which will have an unforeseeable effect on our conception of the world’. For instance, if one were to magnify or enlarge these innate or inherent characteristics of plants and flowers, these forms of nature were capable of being moulded into architectural designs or even into structured modern design and drawing. Such is the potential of the interpretation of this German professor’s mind-blowing photographs that elements of his flora and fauna images can easily be incorporated into modern disciplines of sculpture, architecture, engineering, all concerned with the business of moulding fresh shapes and forms by the human mind bit intrinsically drawing their genesis from nature.

Karl Blossefeldt changed the way the world perceived plants, flowers and natural ecosystems, which has offered an inspiration for generations and generations of young minds looking to harness the potential in simple–looking plants and flowers. Each magnified fern, unfurling leaf, curling frond, flowering panicle, branch, bud, seed capsule, maple-twig, fruit-bearing spike, needle, capitulum, leaf cushion, tendril, petal, fruit or flower is a work of genius and can be interpreted in myriad ways by an eye with a propensity towards designing. For instance in his pieces ‘Delphinium, Larkspur, part of a dried leaf’ or ‘Diantum pedatum, Maidenhair fern, young unfurling fronds’, the delicately uncurling leaves or fronds can be incorporated in a cross-sectional architectural monument design, whilst the ‘Centaurea Grecesina, Knapweed, capitulum’ or even the ‘Cephalaria, Scabious family, capitulum’, can be used as inspiration for creating a dome-like structure. It is all about how say a sculptor or an architect or an engineer perceives and eventually adapts the design in his or her blueprint.


As the French artist and sculptor Edgar Degas has stated, “Art is not what you see, but what you make others see.” The intricacy of Karl Blossfeldt’s plant portraits and the microscopic detailing is ethereal and their absolute sophistication and beauty left me completely startled as an onlooker. This is one important exhibition that must be seen for the sheer audacity of the Karl Blossfeldt’s creative insight and bold execution.

The exhibition is running at the Vadehra Art Gallery at Defence Colony New Delhi till the 16th of May 2015.