Should street art be shifted inside a gallery or can art elicit various responses than reality? Read on about the latest buzz in the art world.

Recently, a Banksy artwork was “removed” from a car park in Liverpool to be installed in a new street art gallery. Created by the elusive artist in 2011, ‘Love Plane’ depicted a biplane (a two-winged aircraft) leaving a heart-shaped trail behind it. All that remains is the heart-shaped trail while the aircraft has been shifted from the wall of the outdoor car park on Rumford Street to be displayed alongside other famous works by Banksy, created in Liverpool, in an indoor gallery specialising in street art in the ‘Baltic Triangle’. 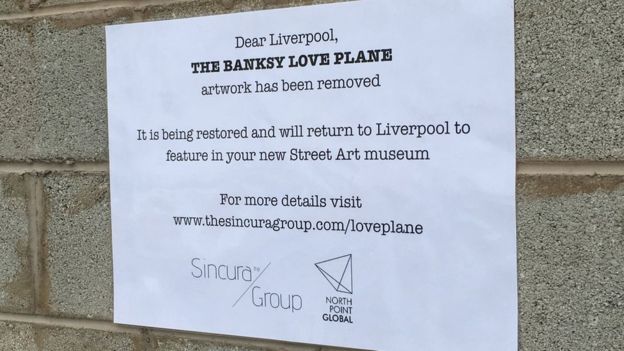 Claiming stake to the process, The Sincura Group, which is known for removing, exhibiting and selling Banksy works, issued a statement whereby they disclosed that “the building was due for redevelopment and the biplane is being restored before it goes on show in its new home.”

However, not everyone was pleased with this line of reasoning. Sam Fishwick, a graffiti artist from Liverpool, dismissed the idea of a street art gallery. “It’s not street art any more if it’s hung up in a museum. It’s raw, it’s gritty, it’s on the street, it’s not meant to be there. When you go and see it in a gallery it loses its charm, it loses its character.”

Sincura and North Property Global are collaborating for the new gallery, supposed to be the UK’s first street art gallery, and is due to be functional in late 2017 or early 2018.

When questioned about the “irony” of moving street art indoors, North Property Global founder Peter McInnes stated matter-of-factly, “It stirs a lot of emotions but my answer to that would be – the gun-toting rat, which is one of the biggest Banksys ever painted, would have been lost forever. It was badly damaged and if we hadn’t restored it, you’d have seen it in magazines and that’s it. In the museum it would be seen by everybody and enjoyed by everybody.”

Latest research by scientists in Netherlands indicates that if people are aware of the fact that a picture represents real life or if it is a work of art, then the perception of how they view it changes. These findings were presented at the annual conference of the European College of Neuropharmacology and “show that people react differently to an image if they are told it is art, compared with images from real life.” 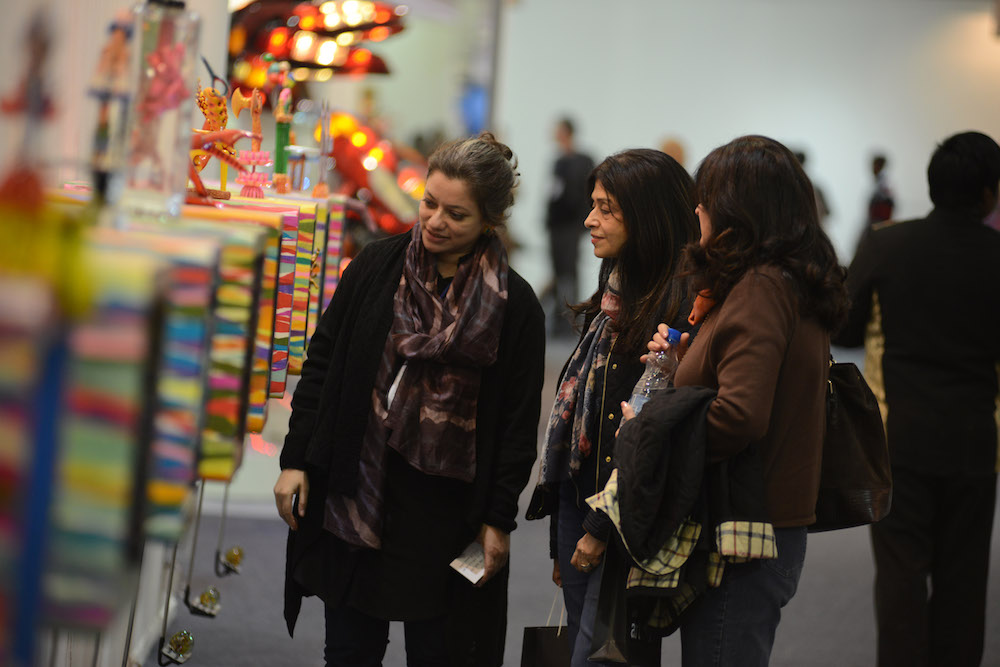 In 1790, the philosopher Immanuel Kant had published his Critique of Judgment, in which he claimed that to appreciate a work of art, we need to distance ourselves from it emotionally. Now, this study has almost vindicated that claim as according to it, “most people’s conscious, emotional response will not be the same when presented with a work of art as when they see a real-life image.”

Two experiments were conducted by a group of researchers from Erasmus University in Rotterdam, the Netherlands, to understand how people’s brains responded to imagery on an unconscious level.

According to an article by Yvette Brazier: ‘24 student volunteers each judged a series of 120 pictures, half of which were considered pleasant, and half unpleasant.

The pictures were equally divided into three groups, art, fictitious, and real. Each group was introduced with a brief explanation of the type of pictures in the group, depending upon whether they depicted true or staged events, or realistic paintings, and where the pictures came from, whether archives, instructional materials, or museum collections. As participants viewed the images, an electroencephalogram (EEG) measured their brain activity. The measurements focused on a brain signal known as the Late Positive Potential (LPP). Measurements reveal how much electromagnetic activity there is in the cortex 0.6 to 0.9 seconds after first seeing a stimulus.

In addition, they were given a score for the “likeability” and “attractiveness” of each picture.

Results were consistently different when participants saw an image that they thought was real, compared with a so-called work of art. Fictitious images elicited a lower emotional response than real-life ones, whether the images were positive or negative. Works of art were also judged to be more “likeable” than real-life images.’

Thus, it was concluded that “the human brain unconsciously adjusts its emotional response, depending on whether a person believes something should be understood at face value, or if it should be interpreted as art.” In other words, art was judged purely on snob value or personal taste and style or merely to appear knowledgeable about the work in question, whereas real images drew extreme emotional responses from majority of the audience.

Noah van Dongen, researcher at Erasmus University, Rotterdam opined that, “This work suggests that when we expect to be dealing with an artwork, our brain responds differently than when we expect to be dealing with reality. When we think we are not dealing with reality, our emotional response appears to be subdued on a neural level.” He added that “when people look at a real-life image, they focus on the content. But when they look at a work of art, they distance themselves, in order to study or appreciate the composition, shapes, and colors. The evolution of the human brain, he says, may have ‘hard-wired’ people to adjust their response to objects they are exposed to in different contexts.”

Indeed, paintings could be now deployed by scientific researchers to appreciate the unknown nuances of the human brain…seems fantastical!

As American authoress Kimberly Sabatini writes, ‘…It was like those pictures, you know, those optical illusions. You can gaze at them forever and see only one thing. Then when you relax your eyes for just a moment, another picture magically appears. The funny thing with that kind of visual trick it that it’s really hard to go back to seeing the original picture once you’ve seen the new one.’