Sports and art usually seem at odds with each other, a highly energetic activity as against the solitary and introspective spectacle of viewing art. What binds the two is an experience that generates emotion and creates lasting memories. Sport and art communities create passionate fans, and together they create a more intimate experience by harbouring creativity and bringing to life the true essence of the human spirit. Both are instrumental in being catalysts in the society and improving the quality of life and wellbeing.

Sports provide timeless stories and can be experienced at many different levels like the arts. A sportsman’s skill is honed over years of practice, aimed at attaining perfection through a technique that is consistent, reliable and resilient, much like what an artist seeks to strive for. Besides the fame and glamour, both are driven by something that is more profoundly personal to test their highest potential and the limits of their creativity.

Many legendary artists and art collectors combine their passion for sports and draw inspiration from the tracks, fields, pools and stadiums. When we are amidst a crowd of sports fans and enthusiasts in a stadium, we share a somewhat common sense of purpose.

In the spirit of sportsmanship, gathered below is a list of some interesting works of artists who have tried to capture the greatness of the moments and victories in sports, the physical grace of the athletes and the intentiveness in their movement with a sense of brevity and completeness. 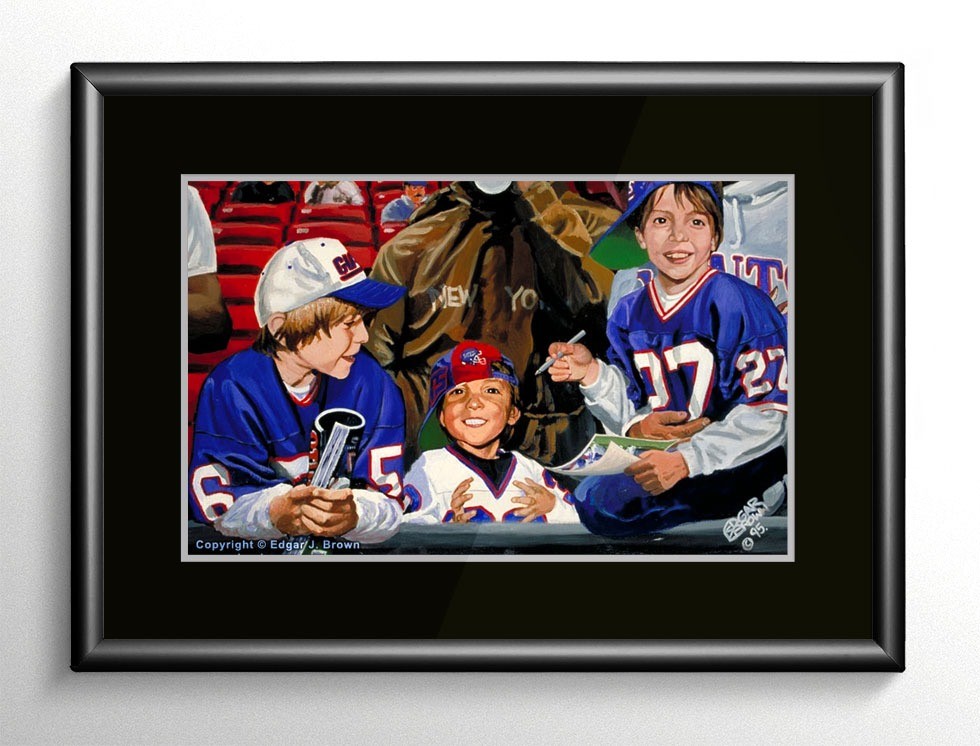 Edgar Brown in one of the most sought after sports artists in the world, producing the most powerful sports paintings with his natural ability to capture the movement, power and technique of some of the greatest athletes. As a life long New York sports fan, he finds inspiration wherever he intersects with the sports world. 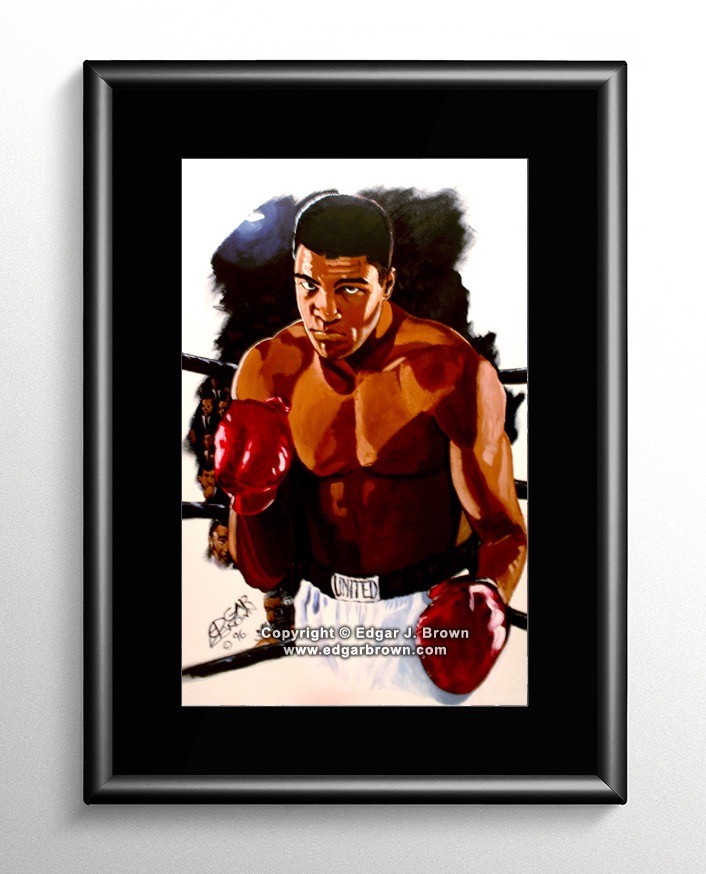 His works have been widely exhibited in some of the most prominent art museums, sports facilities and art galleries across the country. They perfectly capture the essence of true sportsmanship and athleticism through action, intensity and movement in his works. He has been commissioned by various athletes and art collectors to capture their portraits on canvas and limited edition works for collectibles.

Mexican painter, Gabriel Orozco, works across various mediums drawing, installation, photography, sculpture, and video. His principal subject is the fragile relationship of everyday objects to one another, and to human beings. Being a keen player of football and chess, uses his inspiration for sport and games across a wide range of works like a pond in the middle of a Ping-Pong table, a pendulum swinging over a billiard table, a photograph of a dirty soccer ball that resembles a urinal, an explosion of bikes suspended in mid-air, a tennis court floating on water, and an elongated soccer ball, to describe just a few of his works. Four Bicycles, There is always one direction 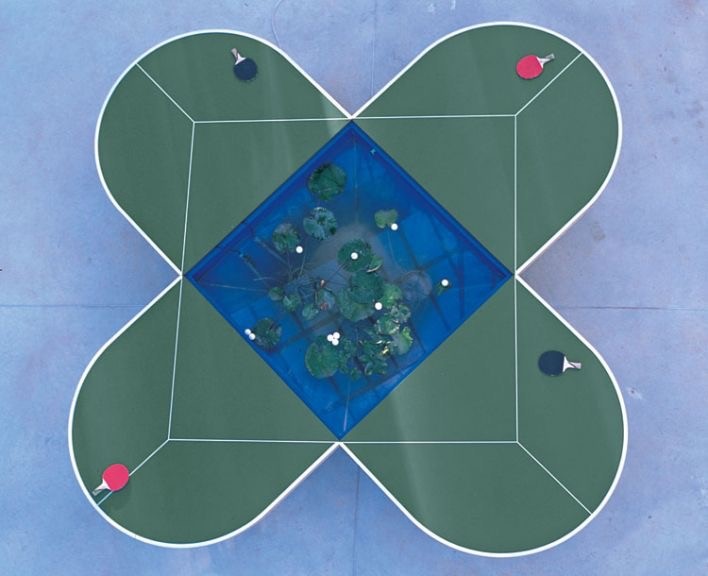 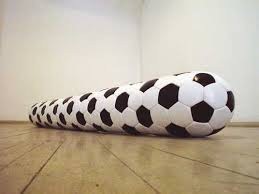 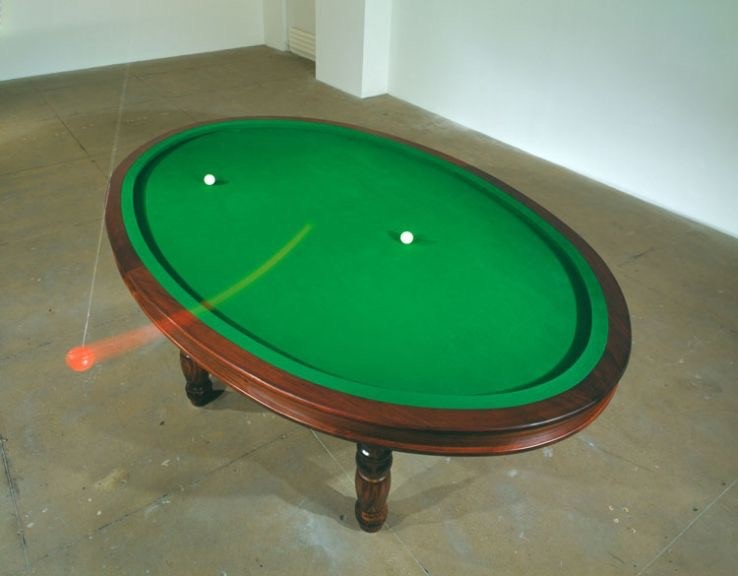 Gabriel Orozco is represented by the Marian Goodman Gallery in New York, Galerie Chantal Crousel in Paris, and Galeria Kurimanzutto in Mexico City. Important solo exhibitions have included his mid-career retrospective which began in December 2009 at the Museum of Modern Art in New York and traveled to the Kunstmuseum Basel, the Centre Pompidou, Paris, and ended at the Tate Modern, London, in May 2011. Other recent solo exhibitions include Asterisms, Deutsche Guggenheim (2012) and the Guggenheim, New York (2012), exhibitions at the Museo del Palacio de Bellas Artes, Mexico City (2006); the Museum Ludwig, Cologne (2006), Palacio de Cristal, the Museo Nacional Centre de Arte Reina Sofia, Madrid, (2005), the Hirshhorn Museum, Washington D.C. (2004), and the Serpentine Gallery, London (2004).

Lance Armstrong’s ‘It’s About the Bike’, a Livestrong Auction

Lance Armstrong was not only a world champion in his sport of elite Men’s Road Racing, a winner of the Tour de France seven consecutive times, but also a champion in his fight against cancer.

Lance Armstrong’s Bike Auction, ‘It’s All About The Bike’, was held at Sotheby’s in 2009 featuring bikes ridden by Lance Armstrong to commemorate his return to professional cycling, with all the proceeds going to “Livestrong”, Lance Armstrong’s cancer foundation. After his fight with cancer, he truly wanted to address the global cancer burden and find a way to engage the different people together in this visual dialogue, by bringing art, philanthropy and sport under one umbrella. 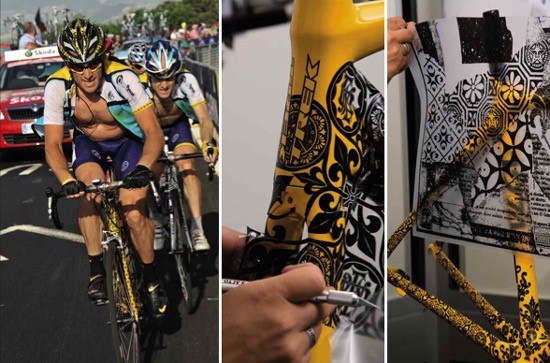 The exhibition featured 7 bikes ridden by Armstrong in his 2009 comeback, each bike is a unique work of art customised by some of the most renowned and highly valued artists worldwide: Shepard Fairey, Damien Hirst, Kaws, Yoshitomo Nara, Marc Newson and Kenny Scharf and a stolen bike from his competition in the 2009 Tour of California. 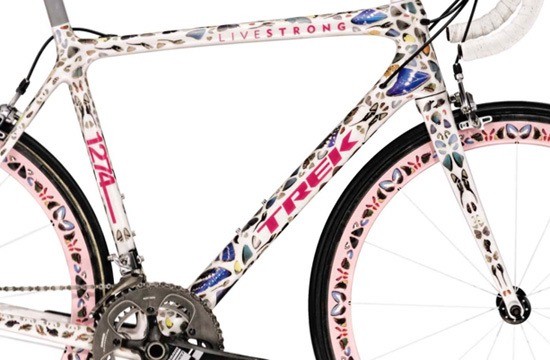 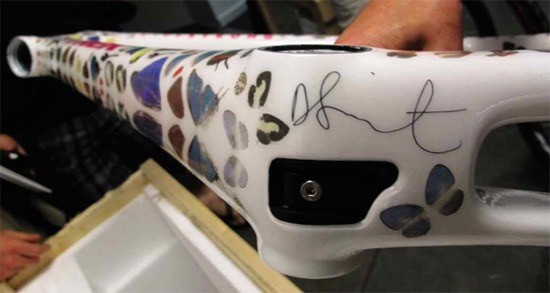 The Butterfly Trek Madone by renowned British artist was sold for $500,000, making it the most expensive bike in the world. Real butterfly wings were made on the frame and the rims.

The auction raised $1.3 million for the Livestrong Cancer Foundation.

This is a 67 minute long video shot by on a continuous loop through one light source (the lamp), capturing the iconic footballer, David Beckham sleeping after a hard training session with the Real Madrid players.

The compelling video is shot at Beckham’s eye level, engaging the audience with a different and more intimate perspective, from the otherwise familiar commercial images of this highly photographed soccer player. The portrait appears strikingly vulnerable, his musculature sensuously conveyed, matching the perfection of Michelangelo’s sculpture, ‘Night’, where the artist gets her inspiration from. The video work has been commissioned by London’s National Portrait Gallery with the support of JP Morgan through the fund for new commissions, as a platform for supporting new and emerging artists.

American photographer, Elena Dorfman’s ‘Pleasure Park Series’ is a representation of her passion for the equestrian sports as she has been a competitive rider for several years. It is a comprehensive look at the world through thoroughbred horse racing and jockeys. 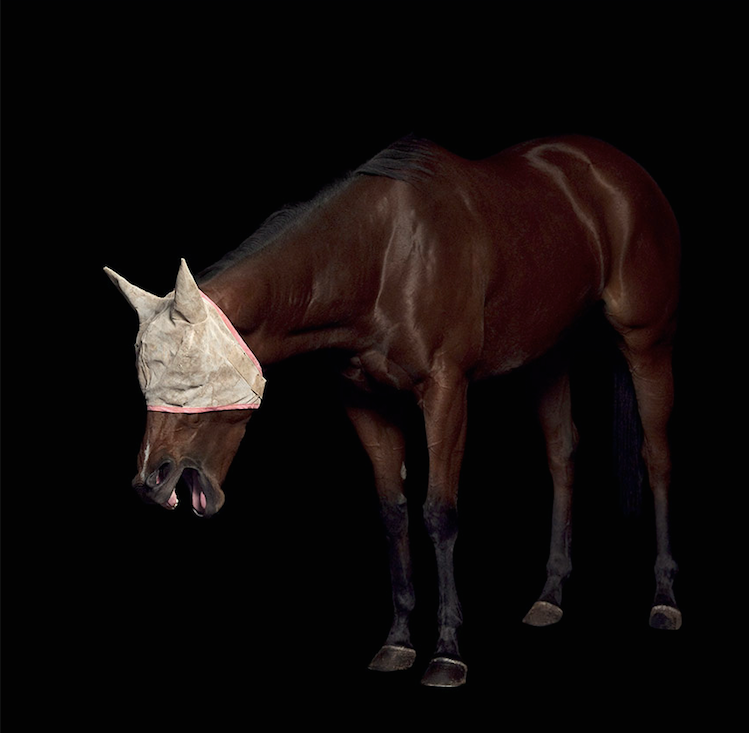 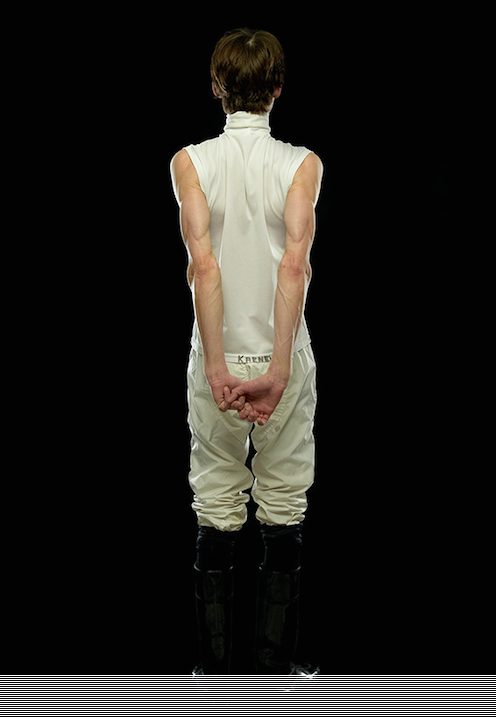 This series comprises of a digital video capturing the jockeys as they prepare for and compete in the race, a revelation of power and vulnerability in the the striking pictures of the horses, some of them somewhat disturbing. The intent is to capture the poise and the resilience of the fleeting animal by creating an overwhelming sensation of the beauty of the physical form and the sheer force of the athletes.

The artist was born in Boston and received her degree from Sarah Lawrence College. She now lives in New York and San Francisco. Her work has been exhibited widely in the US and abroad. Elena is represented by Modernism in San Francisco. A finalist for the BMW-Paris Photo Prize, Elena Dorfman’s photographs and video installations have been exhibited worldwide at venues including the Palazzo Strozzi (Florence, Italy), the Triennale di Milano (Milan, Italy), the Walker Art Center (Minneapolis, MN), the 21c Museum Hotel (Louisville, KY), and the San Francisco Museum of Modern Art (San Francisco, CA) and acclaimed in publications including Art Ltd, Art News, and Aperture, among others. Her work is the subject of three previous monographs: The Pleasure Park (Modernism, 2009), Fandomania: Characters & Cosplay (Aperture, 2007), and Still Lovers (Channel Photographics, 2005).