The Business of Love and Intimacy

As the great Dutch artist of the 19th century, Vincent van Gogh had stated, “There is nothing more truly artistic than to love people,” and this is reflected in the whole intimacy and emotional designs associated with love and art simultaneously. An artist is particularly sensitive to feelings of love, pain, anguish and suffering and more often than not deploys these as tools to articulate his or her thoughts in their creations. 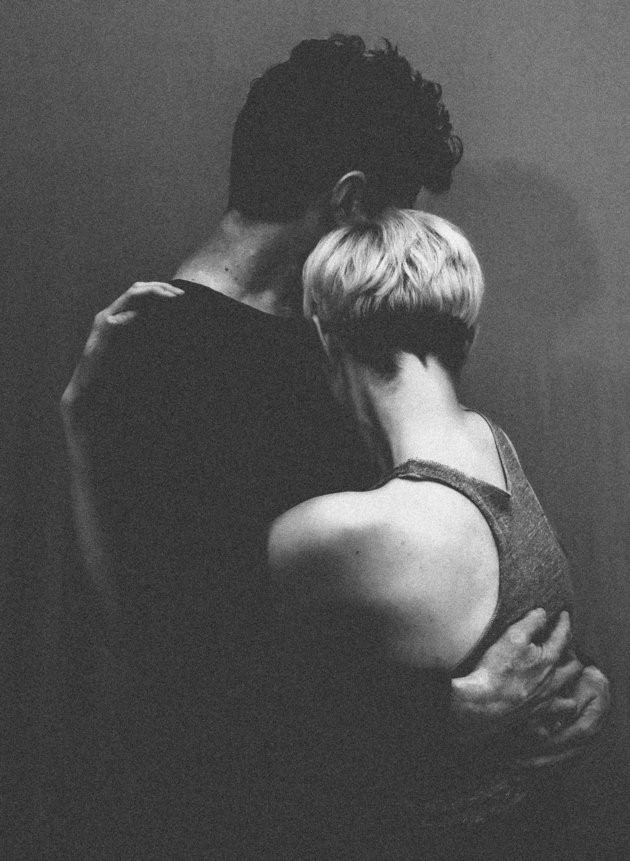 Image by Aaron Tsuru from the ‘Intimacy Art Show’

As the world heralds yet another season of spring in 2016 despite the grim shadows of terrorism and violence looming large upon day-to-day lives worldwide, it is festivals and celebrations like the largely western concept of Valentine’s Day and the Indian festival of Basant Panchmi, falling within few days of each other, that keep up love and hope alive, no matter what. Yes, even the birds and the bees give up their winter hibernation and emerge to smell the fresh and fragrant air of spring!

Owing to the fact that this season is full of possibilities and prospects, artists over the centuries have been inspired by the emotion of love and sensuality that is an integral part of human evolution. The human race owes its very existence to the act of procreation, which is a manifestation of amorous love between a man and a woman.

The stunning stone sculptures of the Khajuraho Temples depicting voluptuous and well-endowed women, be they apsaras or nayikas or surasundaris indulging in myriad activities of shringara or beautification of the body with tinkling anklets, jangling bangles, glistening mirrors or precious ornaments are considered as symbolic of fertility and rejuvenation. And the mithuna or love-making postures of couples engaged in the very act of amorous bliss are further evidence of how artists and sculptors were rooted in the idea of love as a symbol of auspicious and positive energy. Hence, these sculptures occupy pride of place within temples such as the Lakshmana or Kandariya Mahadeva, amongst others in Khajuraho, some of them built as early as 1130 AD. 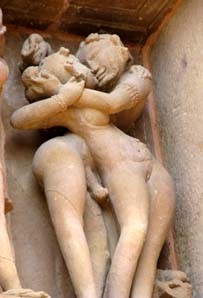 A love-locked couple from the Lakshmana Temple, Khajuraho

Similarly, the murals built in some 31 caves along the Western Ghats, popularly known as the Ajanta Caves, some dating as early as the 2nd century feature perhaps the earliest paintings and frescoes of Buddha attaining divinity. And alongside, are also featured images of beautiful women and men in throes of passion, again depicted in their full physical glory, the former with heaving bosoms, seductive waists adorned with luscious jewels and the latter in royal attire and finery, surrendered to their ladylove. So stunned was the party of English hunters who discovered these explicit drawings in 1819 that they found them even more revealing than some examples of explicit European art devoted to nudity and love-making, explains noted art historian and author William Dalrymple in his article ‘A Point of View: The sacred and sensuous in Indian art’. Speaks volume about the “tolerance” quotient of ancient Indian society and its liberal attitude towards physical intimacy! 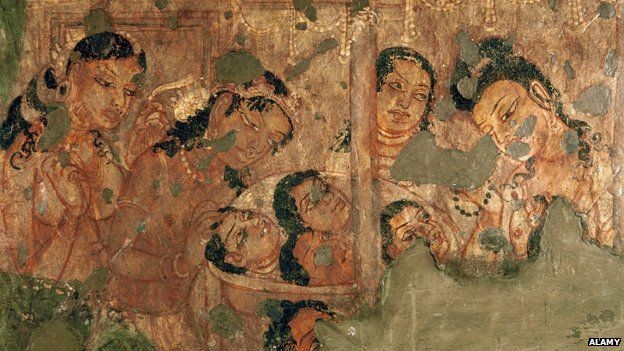 Talking of intimacy and the freedom of using the human body as a medium to display intimacy between those in love, despite growing bans and prejudices all over the world, targeted specifically to mute creative voices, came a pop up show in August 2015 curated by artists Aaron Tsuru and Kate Sweeney, at the Rabbithole Studio in Brooklyn, NY. Aptly titled the “Intimacy Art Show,” this show dwelt upon the artists’ “shared fascination with the human urge for closeness”. Featuring elements of photography by both Tsuru and Sweeney, the show displays couples in various forms of intimacy and physical proximity as well as individual closeness to a loved one that could even mean a pet, place or object. 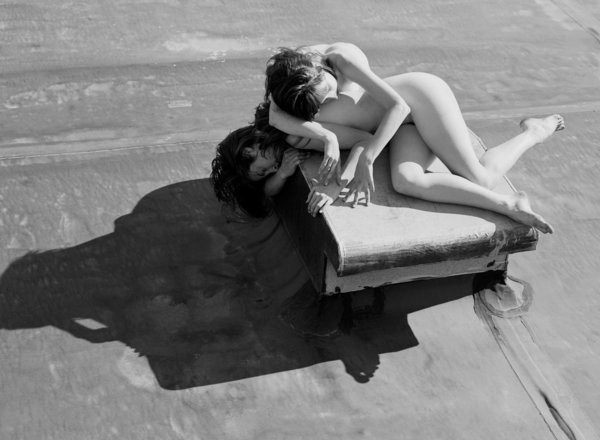 Image by Paul Campbell offering an insight into ‘Intimacy’

Breaking traditional norms of the typical cuddly and mushy images of intimacy, the curators also admitted that they were overwhelmed to generate unorthodox and unconventional submissions from fellow artists. For instance, ‘Jewels from the Hinterland’ … addressed questions of “place, belonging, and perceived cultural identity within the African Diaspora,” in a photo series by Naima Green. The artist adds, “There is such a beautiful, deep sense of intimacy with nature.” Indeed, a very interesting angle to the whole idea! 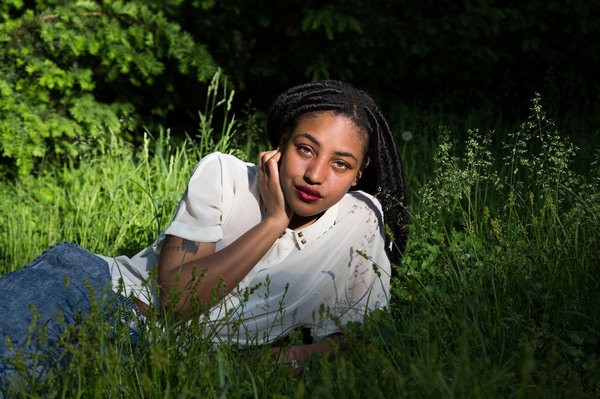 Modern medicine and scientific research has gone on to validate the fact that a human child may not be able to survive beyond a few weeks of birth if deprived of intimacy or touch of another human body, in this case a mother’s touch or a caregiver’s concerned hand. Even if our essential survival needs such as food, clothing, potable water, shelter, and so on are met, an unhealthy social life devoid of feelings of love, intimacy and connectivity or belonging to a family, social group or clan can lead to many disorders and deficiencies in the emotional well-being of an individual. Thus, intimacy and love are basic human instincts and more often than not come with their fair share of loss, heartbreak, and betrayal. But isn’t that what life is all about? Joy and sorrow; intimacy and heartbreak; attaining and losing…themes that continue to inspire artists all over the world from eons and will continue to feature in art, music, poetry, prose, films and theatre, for generations to come.